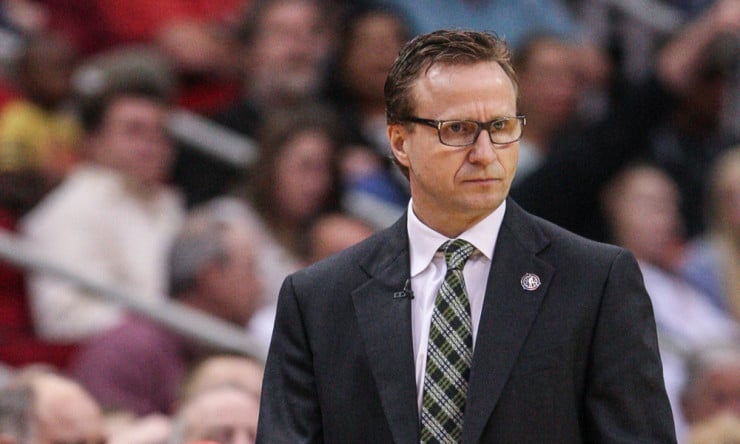 “This is an extremely difficult decision on many levels. Scott helped establish the identity of the Thunder and has earned his rightful place in the history of our organization through his seven years as a valued leader and team member,” said Sam Presti, Thunder Executive Vice President and General Manager. “As we all know, this past year we had unique and challenging circumstances and as I have conveyed, not many people could have accomplished what Scott and this team were able to. Therefore, it is very important to state that this decision is not a reflection of this past season, but rather an assessment of what we feel is necessary at this point in time in order to continually evolve, progress and sustain. We determined that, in order to stimulate progress and put ourselves in the best position next season and as we looked to the future, a transition of this kind was necessary for the program. We move forward with confidence in our foundation and embrace the persistence and responsibility that is required to construct an elite and enduring basketball organization capable of winning an NBA championship in Oklahoma City.”

“We have a deep appreciation for all that Scott has contributed to the Thunder organization over the last seven years,” said Clayton I. Bennett, Thunder Chairman. “He helped us build the foundation of this team and led us to much success. While a very hard decision, I support the need to transition to a new coach that will allow us to continue the growth and progress that will help us reach all of our goals. We wish Scott and his family only the best as he moves forward.”

The Thunder will initiate the search for a new head coach immediately.

The move was first reported by Adrian Wojnarowski of Yahoo! Sports, who added that Brooks is a top candidate for the openings in Orlando and Denver.