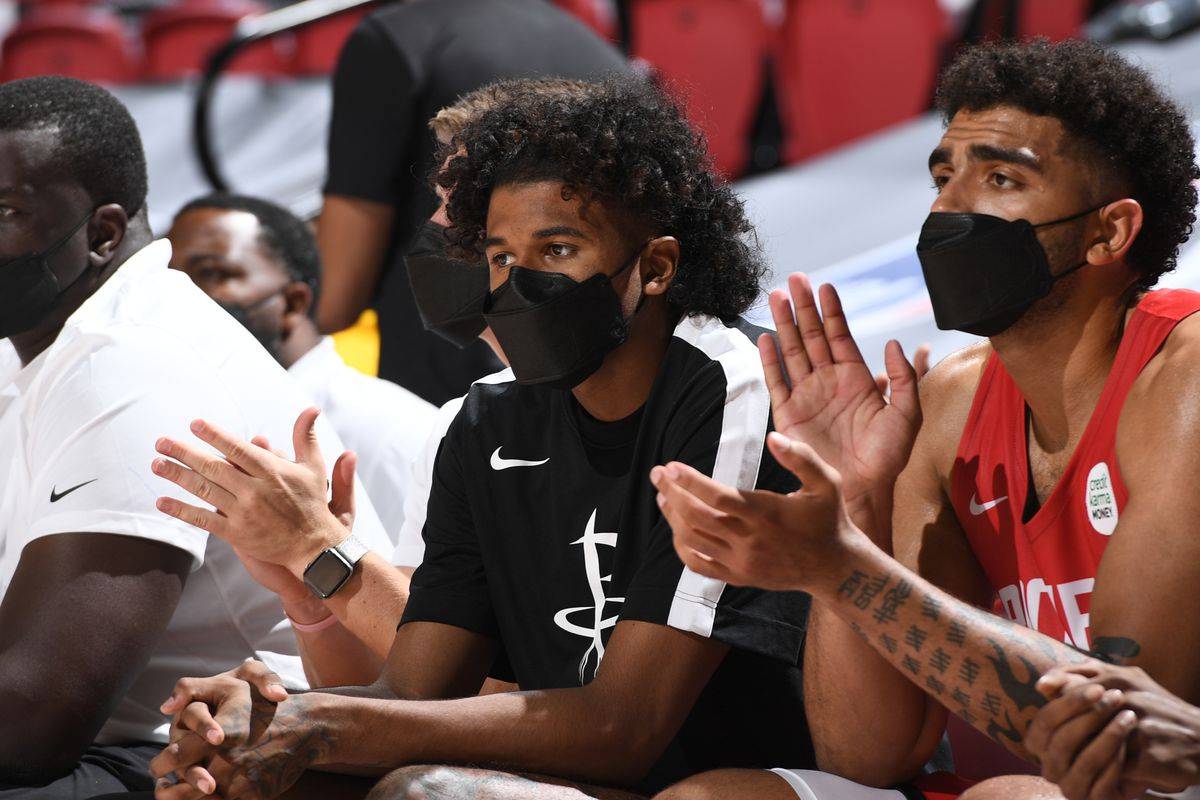 The Houston Rockets’ No. 2 pick of the 2021 NBA Draft might be finished playing in the 2021 MGM Resorts NBA Summer League. Jalen Green, the former NBA G League Ignite, sustained a hamstring injury in the second quarter against the Toronto Raptors. Before the team’s third Summer League game, the shooting guard was averaging 24 points and five rebounds per game. Prior to his injury, shooting 4-of-8 (50 percent) from the field and 3-of-5 (60 percent) from three-point range, he scored 13 points, three rebounds and one assist against the Raptors in 12 minutes of play.

Toronto defeated Houston 92-76 in this game. Rockets’ head coach Stephen Silas was asked about Green’s injury during the game. He informed reporters that they are taking all the precautions necessary to prevent the guard from further injuring himself. Coach Silas said, “Yeah it’s pretty much caution. He just felt a little tightness. So we’re gonna be extra careful and have him back there getting treatment. We have two days off between this game and our next. So, we’ll see how he’s doing.” In other words, this could mean the 19-year-old’s time in the 2021 Summer League is over.

Stephen Silas on Jalen Green on NBA-TV: “Yeah it’s pretty much caution. He just felt a little tightness. So we’re gonna be extra careful and have him back there getting some treatment. We have two days off between this game and our next. So we’ll see how he’s doing.”

Regarding his professional career in the NBA, this news for Green is likely not a big deal, however, training camp begins on Sept. 28, 2021 and the regular season starts on Oct. 19, 2021. If he quickly rushes back to play, he may re-aggravate his hamstring. Green’s best performance in the Summer League came against No. 1 pick Cade Cunningham and the Detroit Pistons, when he scored 25 points in Houston’s 111-91 victory. The guard was close to winning the Summer League MVP.

While playing for the NBA G League Ignite in the 2020-21 season, he averaged 17.9 points, 4.1 rebounds, 2.8 assists and 1.5 steals per game in 15 games started. Plus, he had a field goal shooting percentage of 46 percent. The timetable for his return is unknown, but according to athletic trainers, resting the leg and using ice packs helps to reduce any pain and swelling. Anti-inflammatory painkillers are commonly used to treat these injuries, too.