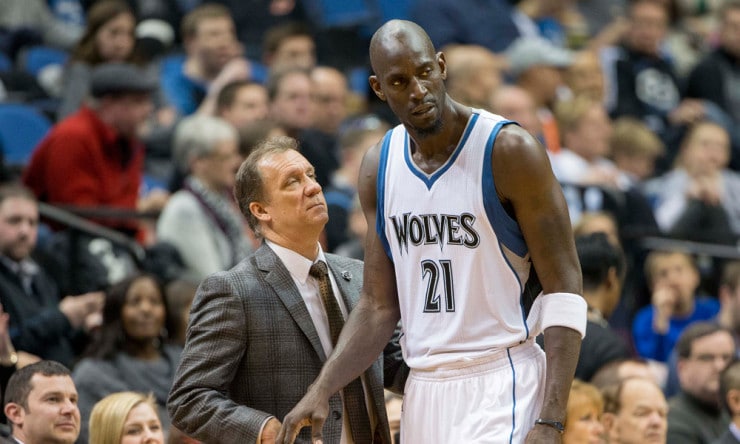 (Flip) Saunders said on Monday that he thinks (Kevin)Garnett trying to play against Oklahoma City despite lingering knee pain would be a sign that he was calling it a career after 20 NBA seasons.

“If he plays, to me it would be an indication that he didn’t want to play next year,” Saunders said. “He’s looking at this as not being over. He doesn’t want to do anything for one or two games to jeopardize or throw him back to not be able to really start and get ready.”

via Jon Krawczynski of the Associated Press