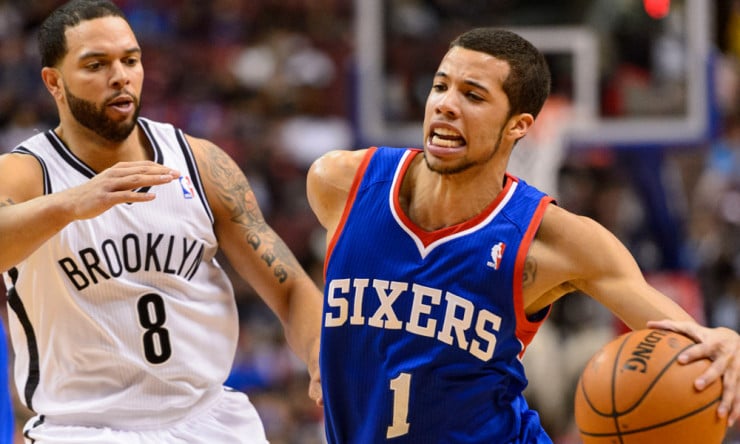 Philly will sniff out Michael Carter-Williams deals. They tried hard during the draft, but they couldn’t draw the trove they envisioned or guarantee that the player they wanted with an acquired pick would be there, per several league sources. Expect Philly to repeat the exercise. It’s not a shot at Carter-Williams, or even a signal that the Sixers are dying to trade him. He may well end up a long-term cog in Philly.

The team knows point guard is the most replaceable position in the league today, and it will seek out any deal that adds to its stockpile of high-value draft picks.

via Zach Lowe of Grantland