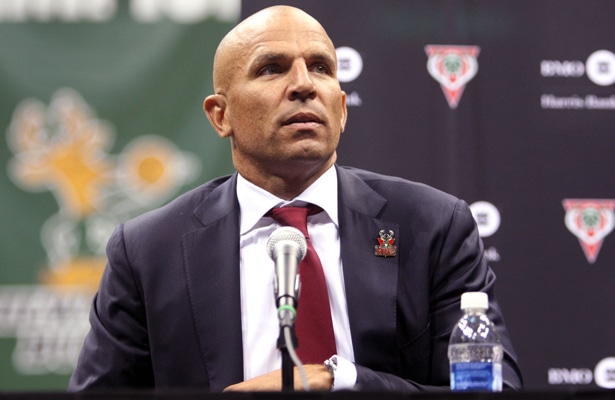 The Milwaukee Bucks are finalizing a list of general manager candidates to meet with ownership early this week in New York, league sources told The Vertical.

Owners Marc Lasry and Wes Edens are expected to be part of this round of interviews, league sources said. So far, candidates have talked to a search firm and the initial list of candidates has been pared down, sources said.

The Bucks are running a search to replace John Hammond, who left to join new president Jeff Weltman as GM of the Orlando Magic.

Source: Adrian Wojnarowski of the Vertical