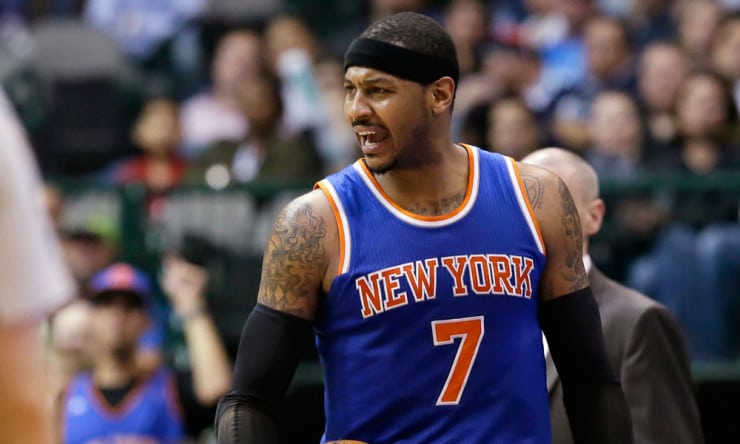 The New York Knicks sought Tristan Thompson in a potential trade for Carmelo Anthony with the Cavaliers and were rebuffed, two sources told cleveland.com.

The Knicks wanted Thompson, 26, a center who like James is represented by Rich Paul. The Cavs told them no. Thompson is under contract for three more seasons, beginning at $16.4 million this year. Cleveland was willing to do a deal that would’ve cleared some contracts off the books, such as sending Iman Shumpert ($11 million this year) and others.

New York also asked about one of Cleveland’s two first-round choices for 2018, and the Cavs weren’t about to part with either.