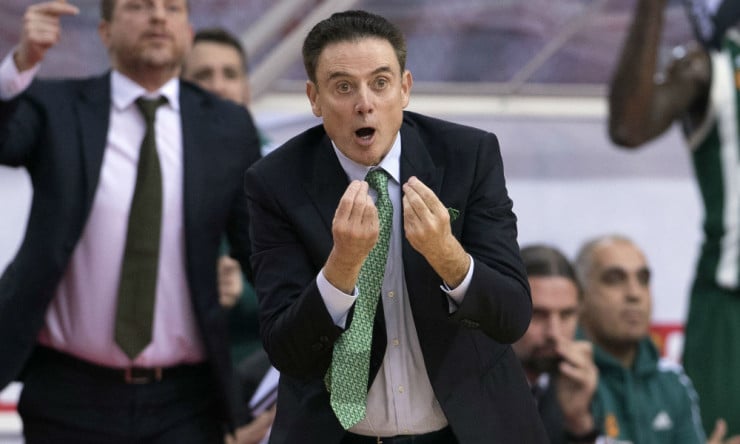 Rick Pitino has turned down an offer to return as president and coach of Panathinaikos, the franchise he led to a Greek League championship this season, Pitino told ESPN on Friday.

The Naismith Hall of Fame coach said he wants to return to the full-time pursuit of a job in the NBA — as a coach or in a player personnel or advisory role.

Pitino led Panathinaikos to a Greek Cup title, completing a 15-0 season. The team was 7-0 when he arrived. Pitino also led the team into postseason play in the EuroLeague playoffs.

Pitino, 66, won NCAA titles at Kentucky and Louisville, reached seven Final Fours and claimed conference titles in the Big East, SEC and ACC. His career has also been marred by scandals that led to his demise at Louisville, where a national title and two Final Four appearances were vacated. He was fired in 2018.