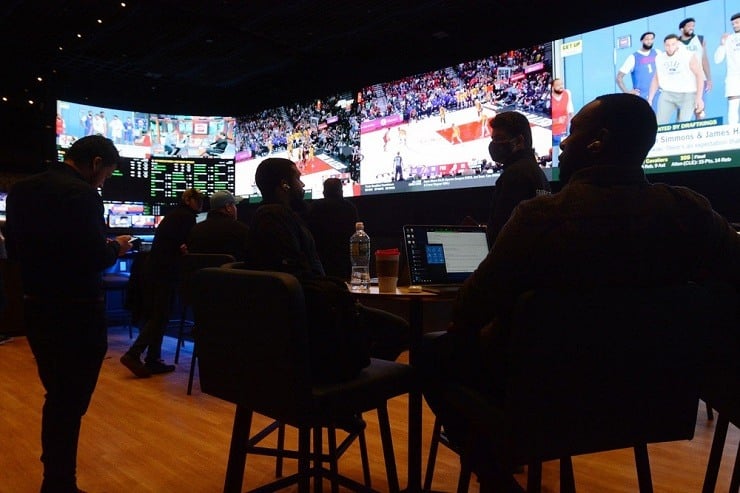 American adults are set to gamble $3.1 billion this year on March Madness during the NCAA Tournament, according to national forecasts from the sports betting industry.

These new figures from a recent American Gaming Association (AGA) report encompass legal sports betting, along with online bookies that are illegal or offshore sportsbooks. The AGA predicts that 45 million Americans or roughly 17 percent of US adults will place a bet on March Madness games.

“There’s no doubt this year will generate the highest legal handle in March Madness history,” said CEO and president Bill Miller, referring to the total amount bet on the NCAA Tournament.

Despite having the best odds to win March Madness, bettors have made Gonzaga (17 percent) their top choice to take home the National Championship. Duke (12 percent) and Kentucky (11 percent) round out the most popular NCAA Tournament picks.

Second only to the Super Bowl in terms of sports betting handle, the NCAA Tournament is among biggest betting events at US sportsbooks. Americans bet nearly $7.6 billion on the Super Bowl, which is more than double the amount expected for the NCAA basketball tournament, according to the AGA.

More than 21 million Americans are ready to place wagers at March Madness betting websites that don’t involve the filling in their NCAA Tournament brackets.

Even with the growing popularity of online gambling sites, NCAA bracket contests remain a popular way to place a bet on the college basketball tournament. In fact, 36.5 million people will be betting on a March Madness bracket that is part of a group, similar to a pool.

The report states that more than three-quarters of total bets placed on the event do not include bracket contests, which is an increase by 55% over the previous year. The polling company Morning Consult directed the online sports betting survey of 2,210 US adults for the AGA.

This is due in large part to the rising number of US states that offer legal betting options. There are currently 30 states, plus Washington, DC, that have legal sportsbooks available. That includes 29 million American residents living in states where legal and regulated sports betting has been newly adopted since last year’s NCAA Tournament.

While more than two dozen US states have legalized sports betting, many offer only in-person sportsbooks, which don’t offer the same convenience compared to the best sports betting apps.

Eilers & Krejcik Gaming predicts that legal sports betting will be able to generate more than $6 billion by 2023. Despite not having the support of key states like California, Texas, and Florida, sports betting generated $1.5 billion in revenues in 2020.