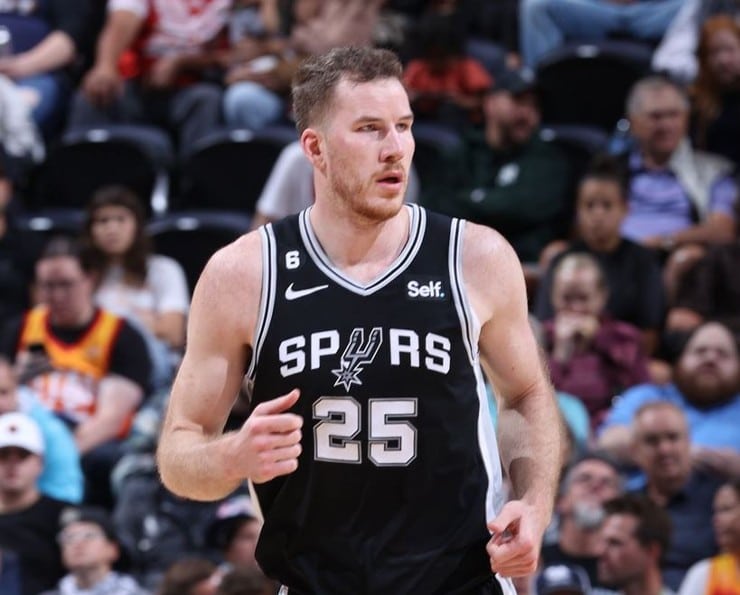 Furthermore, Keita Bates-Diop (ankle sprain), Josh Richardson (ankle sprain), and Romeo Langford (back tightness) are listed as questionable. Through 21 games this season, the Spurs are 6-15 and rank 14th in the West.

Based on a few NBA betting sites, the Spurs have the second-lowest odds to win the championship in 2023. Some sportsbooks show higher odds for the Utah Jazz and Sacramento Kings in the Western Conference.

“They have got great character,” said Popovich. “I thought they were fantastic. I am proud of them. They just keep playing. It doesn’t matter what the score is, or who is there or who is not there, they are unbelievably coachable, and they are trying very hard to do what we want them to do. I was just thrilled and proud of them tonight.”

Spurs’ Jakob Poeltl, Jeremy Sochan, and Blake Wesley are out against the Thunder on Wednesday

Both Poeltl and Sochan suffered injuries against the Lakers on Saturday. Poeltl finished with 12 points and nine rebounds in 10 minutes of action before exiting the game with 7:59 left in the second quarter. His right knee was sore after a dunk.

Minutes later, Sochan left the game because of discomfort in his right quad. The rookie forward sustained the injury during a layup attempt, when his shot was blocked by Thomas Bryant.

The injuries to Jakob Poeltl (right knee bone bruise) and Jeremy Sochan (right quad contusion) aren't considered serious, but they likely will be sidelined for about a week.

As for the Thunder, center Mike Muscala is out indefinitely due to a finger injury. Of course, No. 2 overall pick Chet Holmgren is out for the entire season because of a Lisfranc injury to his right foot.

Meanwhile, the Thunder are coming off back-to-back losses. Per multiple sportsbooks, Oklahoma City is a six-point favorite at home over San Antonio on Wednesday. According to ESPN’s Basketball Power Index, the Thunder have a 63% chance of winning.