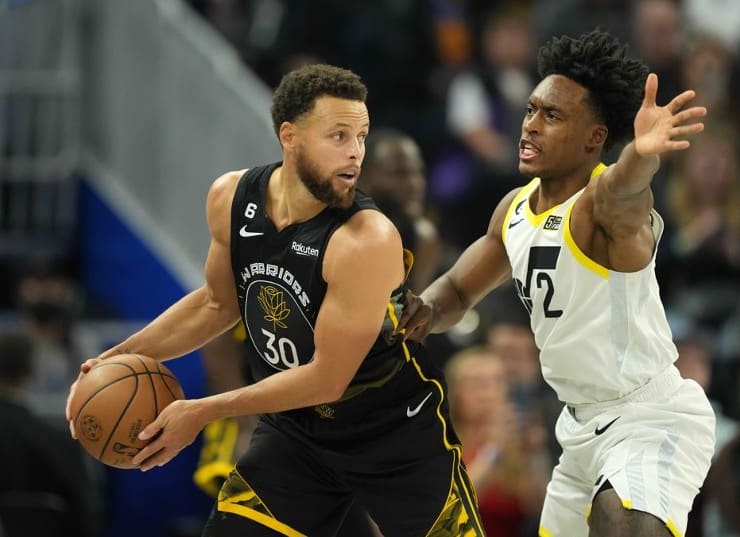 Golden State Warriors guard Stephen Curry is currently leading the NBA in three-pointers for the eighth time of his 14-year career. Through 18 starts this season, the two-time MVP has made a league-best 94 threes.

Curry is also averaging 5.2 threes per game, his most since the 2020-21 season (5.3). Back then, the Warriors guard logged a career-high 32 points per game and made a grand total of 337 three-pointers.

According to some NBA betting sites, Stephen Curry possesses the fourth-best odds to win MVP in 2023. A few sportsbooks show better odds for Giannis Antetokounmpo, Jayson Tatum, and Luka Doncic.

Based on long-range shooting alone, Curry’s best season of his NBA career so far was in the 2015-16 season. Not only did he average 30.1 points, but he also shot 45.4% from outside the arc and finished with a career-best 402 threes.

If the Warriors guard can stay healthy this season, it will be the eighth time the eight-time All-Star has dominated the rest of the league from long range.

For the most interesting fact, not one player has come close. Malik Beasley of the Utah Jazz has made 70 threes, Buddy Hield of the Indiana Pacers has hit 69 shots, and the Cleveland Cavaliers’ Donovan Mitchell currently has 68.

Additionally, Stephen Curry has attempted 211 threes this season. Anfernee Simons of the Portland Trail Blazers has attempted the second-most with 180. But he ranks only fifth in total threes (66). Hield has attempted 178 threes as well. The Pacers star is shooting 38.8% from downtown.

On Sunday, in the Warriors’ 127-120 win over the Houston Rockets, the Baby-Faced Assassin joined Trae Young as the only players to record at least seven assists in a single quarter multiple times this season. Both players have accomplished the feat twice.

Stephen Curry (34 years, 251 days) is the second oldest player in NBA history to record at least 30+ points and 15+ assists. pic.twitter.com/qvNRf62GaW

Stephen Curry became the first player in NBA history to record 30 points, 15 assists, and seven three-pointers while shooting 60% from the field and 50% from deep.

In Golden State’s 124-107 win against the Los Angeles Clippers on Wednesday, Curry became the first player in league history to record 24 assists, 10 three-pointers, and two or fewer turnovers in a two-game span.

Stephen Curry is already the greatest three-point shooter of all time. The four-time NBA champ leads the list for career threes with 3,211. So, the competition is nonexistent.

Of course, Ray Allen ranks second with 2,973. Philadelphia 76ers guard James Harden has a chance to pass Allen in the coming seasons.