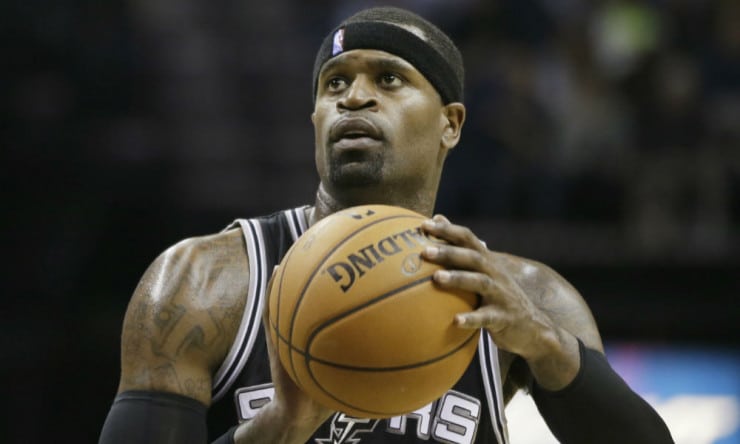 Former Spurs guard Stephen Jackson is hopeful games like the one he had Sunday in Ice Cube’s Big3 League will help him get back into the NBA.

“I’ve been working to go back to the NBA, so this (league) is a blessing for me,” Jackson said. “I want to play basketball as long as I can. I feel like there are guys in the NBA who can’t guard me.”

Jackson, sporting a beard speckled with gray, hit 9 of 17 shots and had nine rebounds in Sunday’s game. The first team to 50 wins in the Big3.

“I didn’t work out when I was in the NBA, but I’m working out as hard as I’ve ever worked out and I’m in the best shape I’ve ever been in,” Jackson said.

But the Houston native acknowledged a return to the NBA is a long shot.

“I ain’t putting all my eggs in one hat,” he said. “I know what people think of me, and that’s probably kept me out of the game. But as long as I’m playing and am around people I respect and am able to play the game, I’m cool. If it happens, it happens. If it don’t, I love where I’m at.”