The Golden State Warriors officially became the fastest team to win 60 games by virtue of Monday night’s 127-107 victory over the New Orleans Pelicans. Win a won-loss record of 60-6, that puts them one game ahead of the 59-7 record that Michael Jordan’s 72-win Chicago Bulls had at the same point during their historic 1995-96 season.

By virtue of the Warriors beginning their season with a 24-game win streak, it seems that they have been unable to avoid the constant questions and speculation surrounding whether they could actually break the record that has long seemed unbreakable.

The better question at this point, though, is whether the team will actually play for history.

Looking at it objectively, it seems a foregone conclusion that the Warriors will be able to win 13 of their final 16 games. Of their remaining contests, 10 of them will be played at Oracle Arena, where the Warriors haven’t lost since January 27, 2015. Since then, many teams have come, and not a single one has escaped Oracle Arena with a win. Of those 10 home games remaining, the Warriors will do battle with the Los Angeles Clippers (March 23) and the San Antonio Spurs (April 7). At least on paper, those appear to be the only two possibilities for enduring a loss at home.

If the Warriors do manage to sweep the remainder of their 10 home games, though, that, in and of itself, would be enough to make them just the second team in NBA history to make it to 70 wins.

After that, however, is where the mystery lies.

Of the remaining 16 games that the Warriors will play, only six of them will be played on the road. The team will begin a short three-game road trip that will see them play three games in four nights: at the Dallas Mavericks (March 18), at the Spurs (March 19) and at the Minnesota Timberwolves (March 21).

If one were to look for the site of the next loss for the Warriors, the March 19 contest at the Spurs would be a fairly safe bet—if there were such a thing. The Spurs are riding a serious home winning streak of their own and will probably be motivated to put a blemish on the record of the league’s top seed. That the game will be played on the second night of a back-to-back only adds to the probability of a Spurs victory.

After that, the Warriors will play their final three road games of the season at the Utah Jazz (March 30), at the Memphis Grizzlies (April 9) and, again, at the Spurs (April 10).

It is also worth noting, as outlined above, that the Warriors will host the Spurs on April 7, meaning that the two teams will play three more times before the season ends.

Long renowned as a Chess player, Gregg Popovich is very likely to strategically rest some of his key 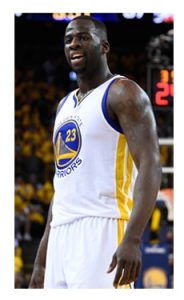 contributors in an attempt to keep them fresh and energized for what the franchise hopes will be another long playoff run. And without question, if Popovich were asked to choose between attempting to beat the Warriors in the regular season versus beating them in the playoffs, he would prefer the latter.

Interestingly enough, though, Steve Kerr and his team have a similar outlook. The Warriors wouldn’t want to go the way of the 2007 New England Patriots. Tom Brady admirably led his troops to the NFL’s first 16-0 season, only to reach Super Bowl XLII and succumb to the New York Giants.

What good would it have done the Warriors to finish out the regular season having gone 73-9 or 74-8 if it meant a Western Conference Finals loss to the Spurs?

Taking the argument one step further, one could fairly wonder whether setting the single-season wins record would actually create more pressure for the Warriors to actually walk away having won the NBA Championship. In the playoffs, when every game counts, would the potential of being regarded as the biggest choke artists in NBA history weigh on a 74-win Warriors team during tight minutes of a fourth quarter battle against the likes of the Clippers or Spurs?

As outlined in the NBA Sunday a few weeks ago, the Spurs are a legitimate threat to the Warriors and their quest to repeat. In adding LaMarcus Aldridge, David West, Andre Miller and Kevin Martin, the Spurs have a legion of players who are big, versatile and good passers. They are specifically constructed to give the Warriors problems, and their potential matchup would surely be a treat.

As crazy at it may sound, it is quite possible that the Warriors enter the final week of the regular season with a won-loss record of 70-8 or even 69-9, and with two games remaining against the Spurs (and the other final two against the Grizzlies, who are no walkover), Popovich and Kerr will have to do battle twice.

If that does in fact happen, we will have an interesting social experiment in front of us, as each coach could literally find themselves staring history in the face.

What would you do as the head coach?

Personally, I know how competitive NBA players are and all season long, as we have marveled at the Warriors, they have clearly been driven by the slights and disrespect they feel they have achieved. After coming so far and having an opportunity to set the single-season wins record, with just 16 games to go, not setting that record would probably have a negative impact on the morale of the team. Of course, to a man, they will each say the right thing about the championship being most important to them and having a “bigger goal,” but as a competitor, there is no way that you can actively pursue something for six months, not achieve it, and not feel some sort of disappointment.

Would winning 73 or 74 regular season games put more pressure on the Warriors to walk away with the Larry O’Brien trophy for the second straight season?

Of course it would.

But if there is one thing these Warriors have consistently showed us over the course of this season, it’s that they show up.

And the Warriors have proven all season long, their sparkle is blinding, so with 16 games remaining in their quest, head coach Steve Kerr needs to let them shine.