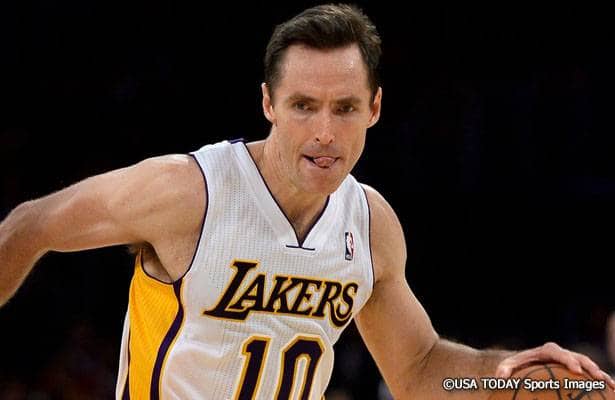 Steve Nash injured his back while carrying travel bags Wednesday, Lakers Coach Byron Scott said, the latest setback in Nash’s attempt to be a presence for the Lakers in what is shaping up as his final NBA season.

Nash felt a twinge in his back at his Manhattan Beach home and missed practice Wednesday, showing up after it began and then receiving treatment on his back. It was unclear when he would play again.