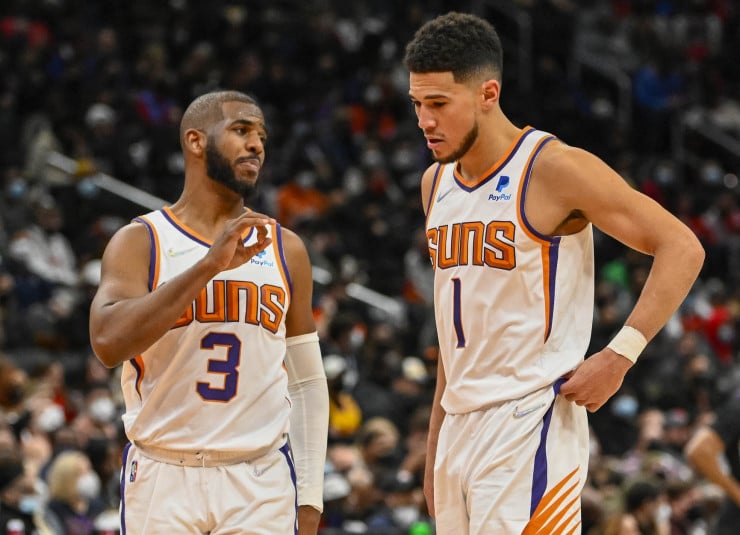 NBA leading Phoenix are in Chicago tonight for a game with one the the top teams in the East, The Bulls. Let’s take a look at the top NBA picks and betting trends, as well as the starting lineups for tonight’s Suns vs Bulls game.

Phoenix Suns have an NBA league leading record with 42-10. The have been a great team to watch and last years losing NBA Finalists are the team to beat in the West this year again. Phoenix come into this one with a 2.5 game lead over Golden State in the Conference.

The Suns have only lost 1 of their last 13 games – That loss coming against Atlanta earlier this month. The defeat also stopped their second 10+ game winning streak of the season.

In their last outing, Phoenix beat The Wizards in Washington, taking home a 95-80 victory. The Suns were led by De’Andre Ayton who had 20 points and 16 rebounds. Alarmingly for the Suns, Chris Paul and Devin Booker only combined for 25 points between them. I guess it didn’t matter in the end as Phoenix were still victorious but they will need both players on better form against a good Bulls team.

Chicago were knocked off top spot in the East last night when they lost 119-108 to Philadelphia. They now sit second, 0.5 games behind Miami who take on Washington tonight.

In their loss to the 76ers, Chicago were led by DeMar DeRozan (again). The All Star Starter had an astounding 45 points, 9 rebounds and 7 assists. To top it off he shot a solid 60% from the field.

The Bulls have struggled of late and haven’t been able to put together more than two wins in a row since early January.

The ESPN Matchup Predictor is in favour of a Suns victory. I can’t imagine that will come as much of a surprise when you look at the teams. ESPN give Phoenix a 67% chance of a win. They’re leading the NBA for a reason. They’ve only lost ten games all season for a reason.

The Bulls will potentially be relying heavily in DeMar DeRozan again but you need more than one player to stand a chance of wining against this Suns team. Yes, Vucevic and Herro will help, but I think everyone will agree that the Bulls will need Lavine back to stand any chance here.