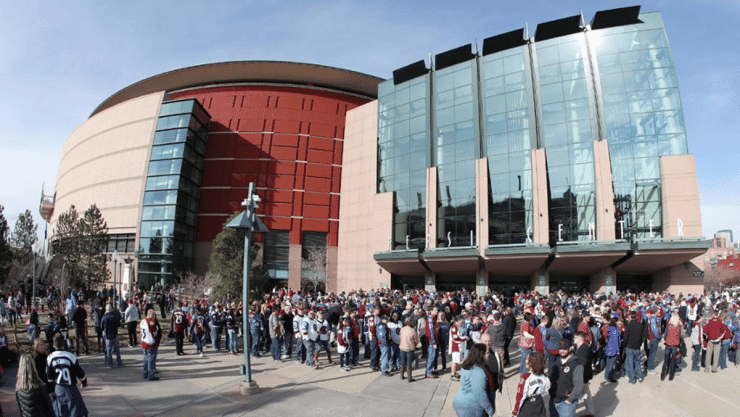 Everybody knew that the Denver Nuggets played at the Pepsi Center. They played here in front of crowds for 20 years. However, it is now the end of an era and the team are going to have to get used to its new name. This is all part of the Ball Corporation and Kroenke Sports & Entertainment (KSE) and the Global Partnership that has been formed, calling it the Ball Arena.

The KSE is a Unique Global Partnership

This Global Partnership is the first of its kind, connecting venues across the world. In particular, this is London, Denver and Los Angeles, three places where sport is a big thing. The purpose of this agreement is to innovate and encourage sustainability in sports, as well as making the fan experience more environmentally friendly. As part of this agreement the Denver Nuggets, as well as the Colorado Avalanche and Colorado Mammoth are going to play under its new name. This time it is called the Ball Arena.

Interesting to note that Pepsi will still be the official beverage sponsor at the stadium. One of the biggest deals is that they want to change aluminum beverage packaging and increase recycling. They also want to help the local community and make sure that live sport can be responsible when it comes to the environment. Indeed, previous studies have found that sports teams were generating 35,000 metric tons of CO2 every year thanks to the waste created by the fans. Thus, this new approach by the Ball Arena may persuade other sports teams and arenas to follow suit.

About the Ball Arena

The facilities at the Ball Arena remain unchanged; it is still a fantastic multipurpose stadium that is located in Denver, Colorado. The NBA 2020-21 season looks like it is going to be returning in December 2020 and this is when the Denver Nuggets and their fans should return to the Ball Arena.

Therefore, there are still going to be 19,099 seats available for basketball games, as well as 18,007 seats for hockey. For a game you will not forget, there are 89 luxury suites available over two levels and 1,900 club seats. There is Wi-Fi available for all fans, which allows you to browse the web at any time or check out online gambling promos for example during games. There is also a JBL Vertec sound system for the ultimate game experience. There is even a projector system that allows a 4K resolution screen during events. After every five basketball games, the net is replaced. There are 233 pieces that make up the basketball floor. When a game is on, it will take over 1,000 staff members to make the day great for everyone.

Fans might not be aware that the Ball Arena has practical facilities for the team inside. This is one of the few stadiums to have this in the country. For instance, there is a full-size basketball court especially for the Denver Nuggets. The stadium is built over 45 acres of land and took 21 months to build. The Ball Arena cost $180 million and first opened in October 1999.