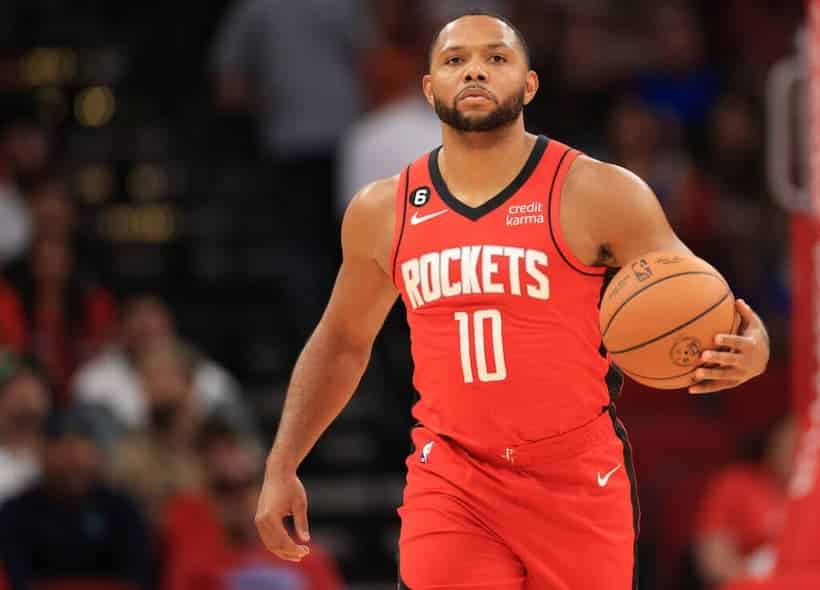 Once again the Houston Rockets find themselves at the bottom of the NBA standings at 10-36. The team is on a 13-game losing streak and questions about certain players future with the team start to rise. Their young core of Jalen Green, Alperen Sengun, and Kevin Porter Jr. are not going anywhere. Some veterans, however, could be on their way out if a trade happens before the deadline.

The veteran being brought up in trade talks for the Rockets is 34 year old Eric Gordon. He’s in his seventh season with Houston and is averaging 12/2/3 in 40 games. Gordon was on the trade market as well last season for the Rockets, but they decided to hang on to him.

Texas Sports Betting sites have the Rockets at (+100000) to win the Finals this season.

Eric Gordon slices and dices to throw down the HAMMER 🔨pic.twitter.com/CkECnT3EPX

NBA insider Mark Stein reported that the Milwaukee Bucks pitched an offer to the Rockets for Eric Gordon. They were willing to give up four second-round picks for the 34 year old veteran, but Houston are still insisting on getting a first-round pick for him.

The NBA veteran is still has one season left on his contract with the Rockets and he’s owed roughly $20.9 million. However, that money is not guaranteed. Boban Marjanovic and himself are the only two players on the team who are older than 27 and Gordon is the oldest on the team. Gordon could still be a solid player off the bench for a team that is in win-now mode and are looking to add some key pieces for a playoff push down the line.