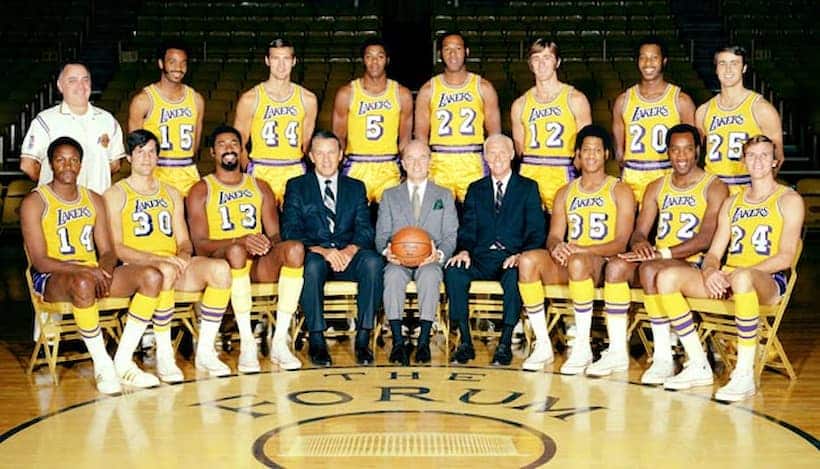 The Cleveland Cavaliers and Memphis Grizzlies were locked into a back-and-forth contest almost all night and it would come down to the game’s final. Possession. Cleveland’s Darius Garland had the ball in his hands and was doing his best job to find an open shot. He had the pesky Dillon Brooks guarding him and his shot was block immediately and the Grizzlies walked away with a narrow 115-114 victory. With that win, Memphis ties a franchise-record 11-straight win backed by their elite defensive efforts.

Ja Morant and the Memphis Grizzlies are peaking right now as the team looks to break the franchises record for most consecutive wins on Friday vs the Lakers. Morant finished with 25 points and his backcourt counterpart Desmond Bane finished with 24 on with five made three’s.

Eleven wins in a row is impressive, but where does that rank all-time? Next, we’ll dive into the top 10 longest win streaks in NBA history.

It was a historic year all-around for the San Antonio Spurs in 2013-14. They set a franchise-record 19 straight wins which still ranks top 10 today. Head coach Grep Popovich lead his team to a fifth NBA title that season with the help of Tim Duncan, Tony Parker, Manu Ginobili, and a young Kawhi Leonard. Their win streak started on February 26, 2014 and ended on April 2, 2014.

The 1999-2000 season was the emergence of the dynamic duo of Shaquille O’Neal and Kobe Bryant. Los Angels enjoyed three win streaks of at least ten games in that season, with their longest being the 19 games. Those consecutive wins started on February 4, 2000 and ended on March 13, 2000. On top of that, they finished with a league best record at 67-15 and went on to win the NBA Finals 4-2, vs the Indiana Pacers.

Paul Pierce and the Boston Celtics were coming off a NBA title from the previous season and started 2008-09 with an 8-2 record. Boston would then go on a 19-game win streak which was snapped by their bitter rival, the Boston Celtics on Christmas Day in a 92-83 loss. The Orlando Magic would stop the Celtics chance of back-to-back title bids when they were bounced in the second round of the playoffs.

The 2014-15 season was a special one for the Atlanta Hawks as they lead the Eastern Conference with a 60-22 record. Atlanta had the trio of Paul Millsap, Jeff Teague, and Al Horford that year and their 19-game win streak lasted from December 27, 2014 to January 15, 2015. They earned the top-seed in the playoffs that season, but would lose to LeBron James and the Cleveland Cavaliers in the Eastern Conference Finals.

We had to go way back to find the data on this win streak and it’s a quite unique one. The Washington Capitals 20-game win streak spans two seasons as the team ended the 1947-48 season on a five-game win streak and carried that over in 1948-49 season with 15 straight to begin. Their streak was finally broken on December 2, 1948.

This was a historic year for the Bucks and for the NBA as a whole. Oscar Robertson became the first free-agent to be signed by another team when he joined Kareem-Abdul Jabar in Milwaukee. They lead the league with a 66-16 record that season and won by a margin of (18.3) points per game. Milwaukee would also go on to win the 1971 NBA Finals that season as well.

Houston’s duo of Tracy McGrady and Yao Ming were hard to beat in the 2007-08 season. In their 22-game win streak they won by a margin of 12 points per game. The streak started on January 29 and lasted until March 16. They earned the fifth seed in the playoffs that season, but were defeated in the first round by the Utah Jazz.

The Miami Heat had fell short in the 2011-12 season and were coming back with revenge in 2012-13. LeBron James, Dwayne Wade, and Chris Bosh were ready to take on the challenges that season. Their 27-game win streak began on February 3 and ended on March 27. Miami won by a margin of 11.5 points per game in that span as well. They ended the season with a league-best 66-16 record and beat the San Antonio Spurs in the NBA Finals.

The 2014-15 Golden State Warriors ended the season with four consecutive wins, and then continued their dominance into next season. They had the most consecutive wins to start a season with 24 in a row and finally lost on December 12, 2015. In their win streak, the Warriors won by a margin of 13.9 points.

Well, we knew the streak had to end at some point. pic.twitter.com/o4JlGBZbLa

The 1971-72 Lakers were a tough team to beat that season as they had six players averaging double-digit points per game. Gail Goodrich, Jerry West, and Wilt Chamberlain were just a few of the names to headline their team that season. Their win streak started on November 5 and ended on January 7. LA finished with a league-best 69-13 record and won the Finals that season as well.

Follow along in this thread for some facts about the streak that still stands as the longest string of wins in all major American sports. pic.twitter.com/RVoQNVNe5j