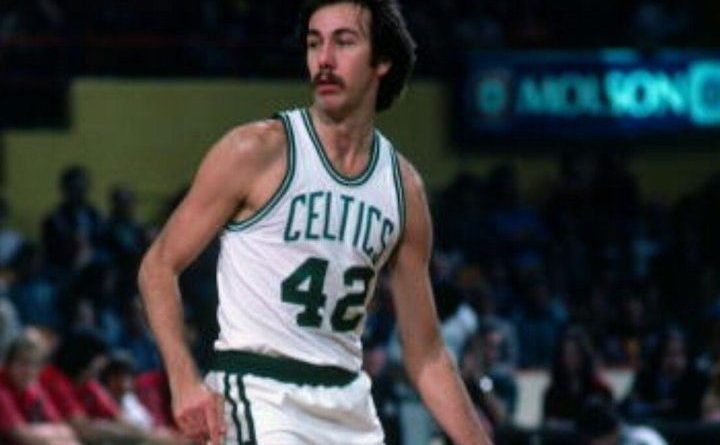 Celtics legend Chris Ford passed away on January 17th and the NBA Family has gathered around to celebrate his life. The former team MVP, who would later become Boston’s head coach, Ford was a great guy loved by all and was able to make his name into the history books for more than one reason.

The family revealed the death through the NBA team. Although no official cause was given, the Press of Atlantic City reported he had been suffering heart attacks in Philadelphia since the beginning of the year. In his family’s statement, they made sure to demonstrated just how big his heart was, “He always showed humility and respect for all those that were fortunate enough to be a part of his life,” it reads. ”Chris had a great love for his family, the city of Boston, the fans and the entire Celtics family”.

Ford had played six seasons for the Pistons before he became a Boston player, as the Detroit team had selected him from his home town of Villanova in the second round of the 1972 NBA Draft. He then shined for the Celtics during four years (between 1978 and 1982) and was a fundamental part of the famous team who won the NBA championship in 1981.

As a player and coach, Chris Ford’s career spanned over a decade of Celtics basketball, and he made his mark every step of the way. (1/5) pic.twitter.com/1A6TRZUe4p

Celtics also put out a statement in their website: ”As a player and coach, Chris Ford’s career spanned over a decade of Celtics basketball, and he made his mark every step of the way. ‘Doc’, as he was affectionately known by his teammates, was a fundamentally versatile all-around guard. The Boston Celtics sends their deepest sympathies to the Ford family and their many friends.”

Ford had a short career as a player, as he retired a champion in the 1981/82 campaign, but proved to be a strong guard when he got voted the team’s MVP in his first season with Boston. He then made sure to stay close to the sport, becoming an assistant coach for the Celtics for seven seasons all the way to 1990, guiding his former teammates Kevin McHale, Robert Parish and of course Larry Bird, to conquer the 1984 and 1986 titles.

This means he graced a champion both a player and a coach, becoming one of the select four former Celtics to have this honor, joining Bill Russell, Tom Heinsohn and Jones. Throughout his career as Boston’s head coach he compiled a 222-188 record, including four playoff appearances, but his teams never advanced beyond the conference finals. After that, Ford also experienced a couple of spells head-coaching the Milwaukee Bucks (1996-98) and Los Angeles Clippers (1998-2000).

Curious enough, he is credited the first three-pointer in NBA’s history during an opening night vs the Houston Rockets in the 1979/80 campaign, as shown below:

The NBA Family mourns the death of a legend

Larry Bird, one of the best players to ever grace the game, was first to give his condolescences. He wasn’t just his teammate during Celtics 1981 championship title, but also became his coach in the years after.

Larry Bird shares his thoughts on the news of Chris Ford’s passing. pic.twitter.com/oV9xFI3MNu

Even Warriors coach Steve Kerr made sure the first thing that came out of his mouth in yesterday’s press conference was to remember the legend. ”Somebody I watched when I was young and even played against when he was a coach, I was very sad to hear he passed away”, he said as can be seen in this Twitter post below:

Other NBA sites gave into his fond memories, just showing how sweet and patient he was when sharing his true passion towards the sport.