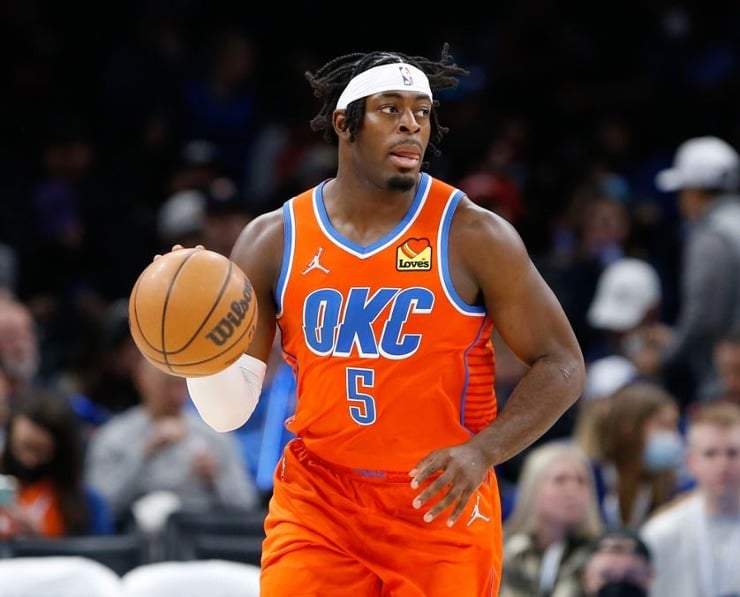 Oklahoma City Thunder guard Luguentz Dort (left knee contusion) has been downgraded to out for Wednesday night’s away game against the Memphis Grizzlies. It will be the first game he’s missed this season.

In addition to Dort, fifth-year forward Kenrich Williams (right knee sprain) will not be available as well. Of course, the only other player listed on the injury report is Chet Holmgren, who is out for the season after suffering a Lisfranc injury during the offseason.

A few NBA betting sites are giving the Thunder the fifth-lowest odds to win the championship in 2023. But the playoffs are not out of the question. They are currently 11-13 and rank 12th in the Western Conference.

NBA INJURY ALERT: Thunder SF Lu Dort (knee) has been ruled out for tonight's game vs. the Grizzlies. pic.twitter.com/MW9cOS3LnF

For other in-depth statistics, Dort is posting a career-high player efficiency rating of 12.5. On Nov. 13, in Oklahoma City’s 145-135 win over the New York Knicks, the guard scored a season-high 24 points in 25 minutes of action.

In July, the guard re-signed with the Thunder on a five-year, $87.5 million deal. Without Dort, it will only make it more challenging on Oklahoma City and the NBA Most Improved Player of the Year favorite, Shai Gilgeous-Alexander, to upset the Grizzlies at FedExForum.

On Monday, the Thunder defeated the Atlanta Hawks 121-114 on the road. They outscored Atlanta 37-26 in the fourth quarter. The team overcame a 14-point deficit in the third quarter. Gilgeous-Alexander led Oklahoma City in scoring with 35 points.

Thunder vs Grizz. Injury report as of now. Kenrich Williams remains out. pic.twitter.com/1jzocOIqOJ

“Try to be aggressive, I try not to seek them too much, just play aggressive basketball and then when the opportunity presents itself, I like to get there,” Gilgeous-Alexander said after the win.

Besides losing a game every here and there, in their last three contests, the Thunder have outscored their opponents 106-68 in the fourth quarter. It was Oklahoma City’s first win in Atlanta since March 2018.

However, 14-year veteran Danny Green (knee) was downgraded to out for Memphis. Rookie wing Jake LaRavia (foot) is listed as doubtful. Also, Desmond Bane remains out indefinitely due to a toe injury.

Per ESPN’s Basketball Power Index, the Grizzlies have an 81% chance of defeating the Thunder at home. Oklahoma City is an eight-point road underdog.