Home » news » Thunder May Make A Move Before The Deadline 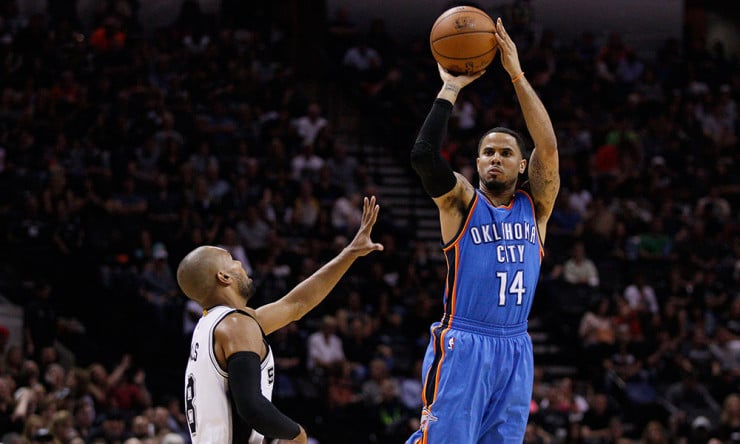 The Oklahoma City Thunder made an aggressive trade last year at the deadline and it’s expected they will again trigger something today.

As things stand today, the Thunder are $12.417 million over the luxury tax line and facing a tax bill of more than $22.29 million.

It’s believed that the Thunder have made both Steve Novak ($3.75 million) and guard D.J. Augustin ($3 million) available in trade and are looking for very little in return for either player. Shedding both players would reduce the Thunder’s tax bill by $13.62 million. It’s also believed the Thunder may be willing to include big man Mitch McGary or Josh Huestis in the deal in place of draft picks, which would further reduce their tax burden.

The Thunder have been fairly clever in creating multi-team deals, so it’s not out of the question they are involved in something at the deadline if only to reduce their tax bill.