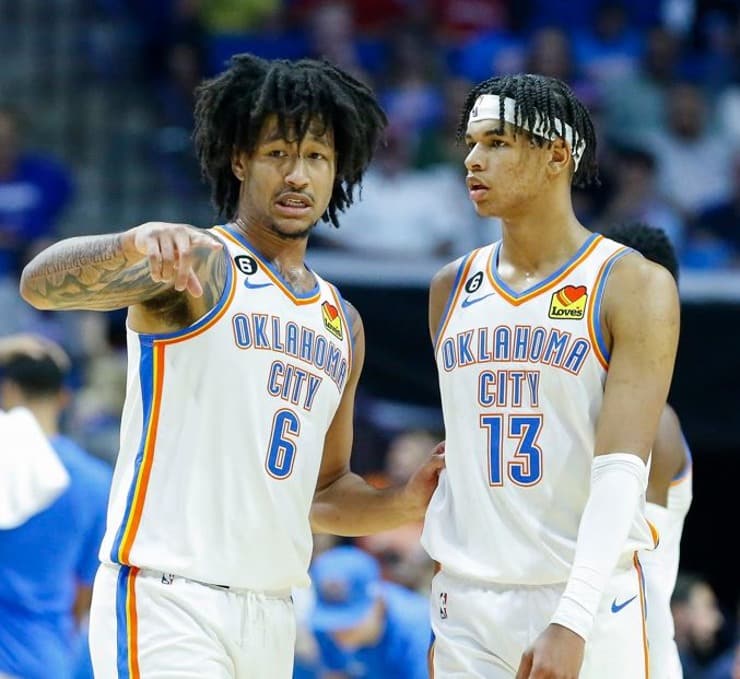 Oklahoma City Thunder rookie Ousmane Dieng is out indefinitely due to a non-displaced fracture in his right wrist. Dieng sustained this injury in Wednesday night’s Oklahoma City Blue game against the Salt Lake City Stars.

Dieng ended his G League performance with eight points, two rebounds, three assists, and one block in 26 minutes of action. He finished 3-of-8 shooting from the floor and knocked down two 3-pointers.

According to a few NBA betting sites, the Thunder possess the fifth-lowest odds to win the championship in 2023. Sportsbooks are not expecting Oklahoma City to qualify for the playoffs this season.

Ousmane Dieng sustained small, non-displaced fracture in his right wrist in last night’s Oklahoma City Blue game in Salt Lake City. He is out and will be re-evaluated in approximately six weeks.

Per sources, Dieng’s injury will be re-evaluated in six weeks. Through 14 games off the bench with the Thunder, the forward is averaging 4.4 points, 2.9 boards, and 1.4 assists per game.

Plus, he’s shooting 42.4% from the field and 29.4% beyond the arc. Dieng was selected 11th overall by the New York Knicks in this year’s draft. He was then traded to Oklahoma City for three first-round picks for the 2023 NBA Draft.

Thunder forward Ousmane Dieng (right wrist fracture) is out indefinitely, will be re-evaluated in six weeks

On Dec. 5, in the Thunder’s 121-114 win over the Atlanta Hawks, the French baller scored a career-high 15 points in 19 minutes played off the bench.

Along with logging five rebounds, one assist, and one steal, Dieng shot 6-of-8 (75%) from the floor and made three shots from downtown.

In addition to Dieng on Oklahoma City’s injury report, Kenrich Williams (knee) and Jeremiah Robinson-Earl (ankle) are out for Friday night’s home game against the Minnesota Timberwolves.

As for the Timberwolves, Rudy Gobert (ankle) and D’Angelo Russell (knee) are questionable versus the Thunder. Not to mention, Karl-Anthony Towns (calf) and Taurean Prince (shoulder) remain out indefinitely. Jordan McLaughlin (calf) was downgraded to out as well.

At the moment, both Western Conference teams are struggling to win games. The Timberwolves have dropped their last three contests, whereas the Thunder are currently on a four-game skid.

Of course, Minnesota is 6-1 in its past seven matchups against Oklahoma City. Furthermore, the Thunder are 1-6 in their previous seven contests versus Northwest Division opponents.