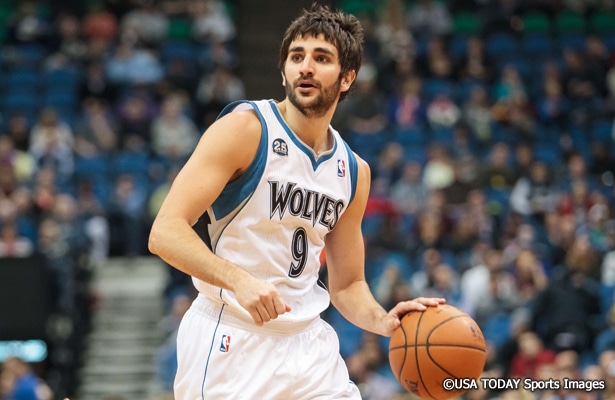 With the first training camp practice just five days away, Minnesota Timberwolves general manager Milt Newton put a stop to any speculation about point guard Ricky Rubio as rumors circulate that the team is looking to trade its flashy playmaker.

“We’re not talking to anybody about trading Ricky,” Newton told The Associated Press. “We expect Ricky to be an integral part of our team this season. We expect him to be here come training camp and leading our team.”