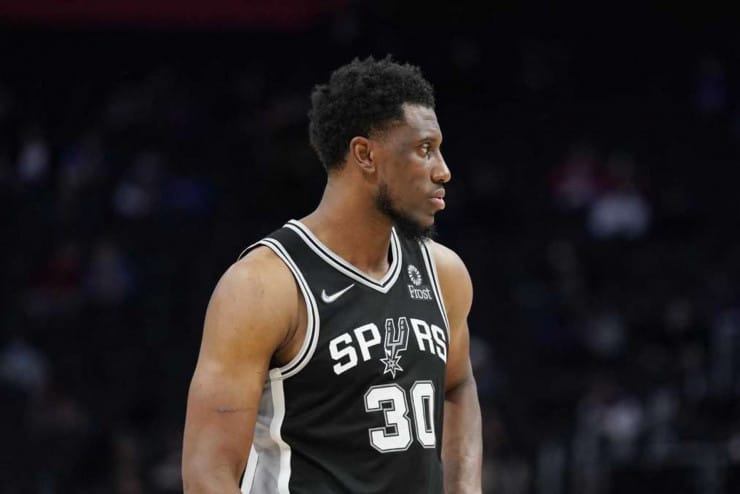 The NBA trade deadline is still a couple of months away but teams have already begun to have internal discussions about their roster makeup. The majority of free agents signed this past offseason become eligible to be traded on December 15. Teams are still evaluating their on-court product but generally already have a good understanding of what changes they need to make.

There are eight teams (Celtics, Magic, Pelicans, Nets, Thunder, Mavericks, Clippers, Jazz) that have large trade exceptions and can acquire a player without sending back salary to another team. This will come in handy considering the various types of contracts that are out there.

Indiana is one of the teams that appears to be heading towards a rebuild, according to The Athletic. The Pacers are now listening to offers for Domantas Sabonis, Myles Turner, and Caris LeVert. Several other teams will be making calls around the league with each passing day. Portland and Philadelphia will both have some major decisions to make.

Many of the players mentioned here are veterans that have been out of the rotation with their current team but could be very useful elsewhere. Some have actually gotten more time on the floor in an effort to increase their trade value. These players either don’t fit with their current team or simply need a change of scenery and will be better served in a different situation. Look for these players to be involved in many trade rumors in the coming days and weeks.

The most likely player to find a new home this season is Young, who just feels out of place in San Antonio. If this were the Spurs teams of years past, he would be an ideal fit but with the youth movement now in full effect, the 33-year old will soon have a new home. Young is earning $14.2 million this year and will become an unrestricted free agent next summer. Teams contending for a championship this year will be eager to swing a deal with San Antonio.

Just a thought on the Thad Young/Drew Eubanks thing: It seems pretty clear the decision to use Eubanks over Thad is informed by the Spurs’ objective to move Young. It’s just as obvious to Pop as it is to anyone watching that Young is the better player.

Young is still an excellent defender that can cover most power forwards and centers in the league. He rarely takes bad shots on offense and is a willing passer that is always making the right play. The veteran can provide leadership in the locker room and will clearly be motivated heading into free agency.

There are two players in Orlando that will likely be leaving the Sunshine State. Now in his sixth season with the team, Ross is the longest-tenured member of the Magic. When Orlando began its rebuild last season, they held on to Ross after dealing Nikola Vucevic, Evan Fournier, and Aaron Gordon. The 30-year old sharpshooter has plenty to offer a winning team. He is under contract for $12.5 million this season and $11.5 million next year, and the team has their future backcourt settled already with Cole Anthony, Jalen Suggs, and Markelle Fultz.

The other piece they have that will be much easier to move is Lopez, who is only under contract for $5 million this season. Both Wendell Carter Jr and Mo Bamba are ahead of Lopez on the depth chart, and while he may not play a major role with another team, he will provide value in terms of depth. Phoenix sure could have used someone like Lopez in the Finals last season. Interest will be high for the 33-year old leading up to the deadline.

Young isn’t the only veteran player on a rebuilding team in the state of Texas. Gordon does have a different contract situation though, as he is making $18.2 million this season and $19.6 million next year. That salary is high for his current production, but Gordon will be a different player on a contending team. The 32-year old figures to be an ideal sixth-man candidate off the bench, and someone that can be utilized in late-game situations.

ERIC GORDON WINS IT FOR THE ROCKETS 🚀

Having accepted a similar role in Houston, Gordon figures to be willing to do the same at his new destination. Teams are always looking for outside shooting, and Gordon is still a solid scorer when healthy. Houston would love to find a way to move John Wall, but that contract is like moving a mountain. Several teams will inquire about the shooting guard, and he will soon play a more significant role in a different uniform.

When the Toronto Raptors made the trade to send Kyle Lowry to Miami, the return package included Dragic. It became clear soon after that Dragic was not in Toronto’s long-term plans. The 35-year old has only appeared in five games for the Raptors and has been away from the team dealing with a personal matter. Dragic undoubtedly wants to be part of a team contending for a title, and those are the types of teams that will come calling.

Dragic is on a $19.4 million expiring contract, so teams may find it difficult to find the matching salary but Toronto will want to move him at the risk of losing him for nothing next season. As an additional ball-handler, Dragic would be an ideal sixth-man on any team, having played a similar role for the Heat. Should Toronto be interested in a potential deal for Ben Simmons, his salary could be used there. There are a lot of options for both sides.

When it comes to the Kings, no one is safe. The franchise has already fired their head coach and still doesn’t appear to have a clear direction in terms of what they are building. The Marvin Bagley situation has been strange for several years, but he is getting minutes now. Will that continue? Sacramento nearly traded Buddy Hield to the Lakers in the offseason, and he is now playing off the bench. The former Oklahoma product will soon turn 29 and could be on the move for real this time.

Buddy Hield is currently having the worst season of his career.

Feels like the Lakers could in theory get back in those sweepstakes with THT if they wanted.

The real logjam with this team comes in the backcourt. Even with Hield coming off the bench, it is tough to find minutes for all of De’Aaron Fox, Tyrese Haliburton, and rookie Davion Mitchell. There will be significant interest in all three but it is still more likely that Hield is the one traded. The high-volume three-point shooter is on a descending contract for three more years, which should make him attractive to both contenders and non-marquee free-agent destinations alike.