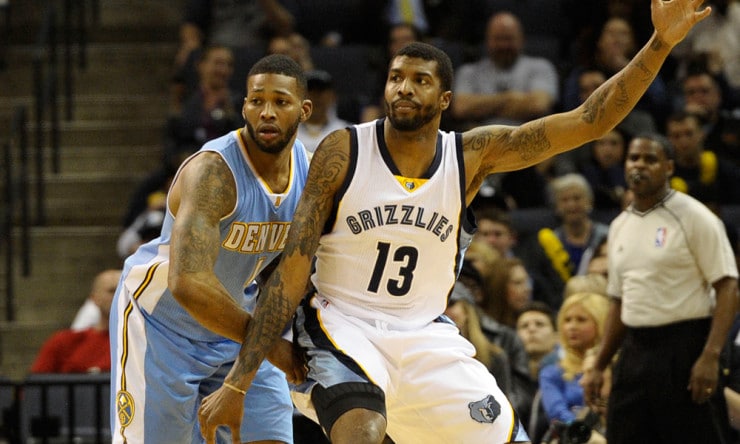 Last October, Tyrus Thomas opened up to Basketball Insiders about attempting an NBA comeback after recovering from surgery for a C6-7 anterior cervical discectomy and fusion for an arachnoid cyst. He developed the injury during his time with Charlotte, but didn’t discover what it was until after he was amnestied. Thomas had the potentially career-ending surgery in March of 2014, and he was terrified that his playing days could be over at just 27 years old.

Nearly losing the game he loves really affected Thomas. He spent months recovering from the procedure and when he was able to get back on the court to start training, he spoke about how he was determined to resume his career and change how he’s perceived around the NBA.

“Everyone isn’t given second chances, and I have a legitimate second chance,” Thomas told me last October. “I can’t let this opportunity slip away.”

Well, Thomas did everything in his power to get back on an NBA team and achieved his goal less than three months after that interview, even though he was still in the process of getting in game shape.

The then-seven-year NBA veteran, with career averages of 7.7 points, 4.8 rebounds and 1.3 blocks, decided to suit up in the D-League with the Iowa Energy. He appeared in two games and averaged 14.5 points, seven rebounds and two blocks in just 26.9 minutes, while shooting 58.8 percent from the field.

This was enough to impress the Memphis Grizzlies, who signed Thomas to a 10-day contract in January. Thomas played in just two games (and only received limited minutes) with the Grizzlies before returning to the D-League, but the forward says the time in Memphis was great for his confidence since it was his first NBA action since the 2012-13 season.

“My stint in Memphis was good,” Thomas told Basketball Insiders. “Mentally, that was great for me. I had only been working out maybe nine or 10 weeks before I got that stint in Memphis, so that was good for me mentally. It let me know that I still have something left in the tank to be able to get close to where I wanted to be that quickly.”

Now, after getting a small taste of life back in the NBA last season, he wants more. Last year was the first step in his comeback, but he’s not satisfied. That’s why he has been working hard this summer to get in even better physical shape and prepare his body for an 82-game season.

Thomas has been working out with a trainer in San Antonio and getting ready for the 2015-16 campaign. He’s feeling significantly better than he did during his time in Memphis, and he’s looking forward to showcasing what he can do now that he’s much closer to full strength.

“Physically, I’m doing fine now,” Thomas said. “I’m in San Antonio training and just the biggest thing right now for me has just been conditioning and strength, just getting back to 100 percent.

“In hindsight, when I signed with Memphis, I think I was only at about 50 percent. So right now, it’s been just getting my body all the way where it needs to be with strength, weights and conditioning. That’s really my main focus right now and if I can get those things where I want them to be, the other things won’t be so hard.”

This summer, Thomas also traveled to Las Vegas to participate in Tim Grgurich’s famed camp. Many of the league’s top young players go to Grgurich’s secretive camp to improve their game, but some veterans also attend each year to test themselves and prepare for the upcoming season. That’s exactly why Thomas was in attendance, and he raved about the experience.

“It was good just to be around NBA guys, to be able to be in that work environment and to really be able to gauge my body on where I am realistically,” Thomas said of Grgurich’s camp. “It was cool for me.

“It’s really like a training camp. You just come in and do a few sets and you do some individual work and some team work on defense and offense. It really simulates a training camp.”

Thomas is hoping that this simulation will help in late September, when real training camps open and he hopes to be on an NBA roster.

After seeing how effective he looked last season (while he was still somewhat limited physically and trying to get into game shape, by his own admission), a number of teams have expressed interest in Thomas this summer. Those teams are wondering how productive a fully recovered Thomas could be, and how much he could contribute in an NBA rotation.

It’s very possible that Thomas ends up on a training camp roster and gets a chance to make an NBA team through that route, rather than having to play in the D-League once again.

Teams know what Thomas will provide on the court, but he wants to stress that any franchise that adds him will also be getting a positive locker room presence. Those in Memphis spoke highly of his brief time there, and it’s clear that the forward has matured and – now at 29 years old – wants to be a veteran leader.

“I think my role would just depend on the team, but the biggest thing that I can contribute anywhere is leadership,” Thomas said. “I know how to play the game, I’ve matured a lot and I’ll be able to really connect with the younger guys. I want to help them keep focus and keep their head right just by sharing my experiences and things that I’ve been through.”

Thomas does have plenty of experiences to pass on from each chapter of his NBA career, but he’s not ready to close the book on his playing days just yet. Last year, we got a glimpse of Thomas back in the NBA. This year, he’s hoping we get much more.