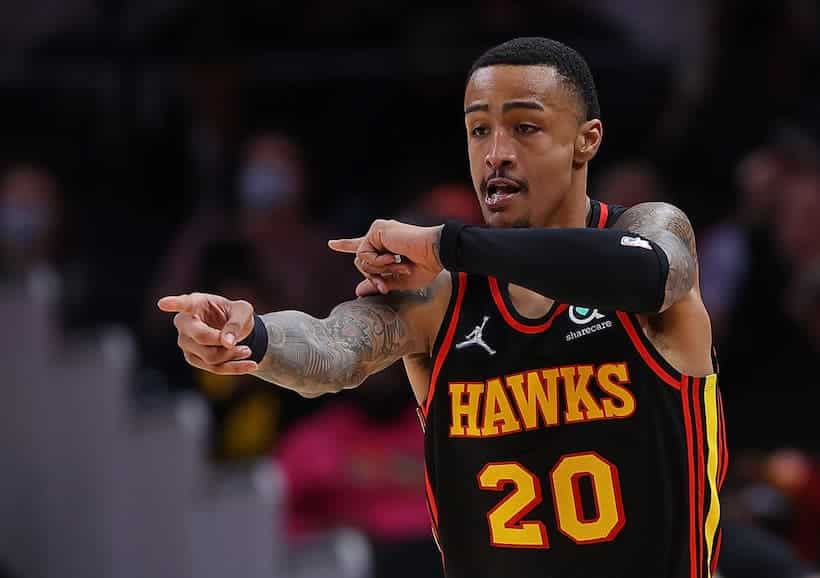 As the season slowly continues to slip away from the Atlanta Hawks, a trade seems like it’s a matter of when not if it will happen for John Collins. The sixth-year pro has been rumored to multiple teams ahead of the trade deadline on February 9. Collins latest trade inquire is from the Utah Jazz who are interested in trading Jarred Vanderbilt and Malik Beasley for the Hawk PF.

It’s been a down year for Collins and the Hawks and it’s not entirely his fault. The offseason addition of Dejounte Murray has given the Hawks big man less chances to score and his efficiency is also down as well. A change of scenery with a different franchise may be the best decision for Collins in his career right now.

Georgia Sports Betting sites have the Hawks at (+10000) to win the Finals this season.

Collins has been linked to the Jazz since early November and the rumors seem to be somewhat factual. Both sides have discussed a trade that would send John Collins and a first-round draft pick to the Utah Jazz in exchange for Jarred Vanderbilt and Malik Beasley. Other teams like the Wizards, Nets, and Mavericks have all been linked to the Hawks PF as well.

The 25 year old has even come out to publicly say that the trade rumors do not affect him anymore. Collins also said they’ve been happening for years and yet he’s still with the Hawks. He has to be doing something right. Atlanta also signed Collins to a five-year, $125 million contract extension in the 2021 offseason.

Malik Beasley and Jarred Vanderbilt add up to a fair trade for Collins. Both are key role players for the Jazz right now, but Collins can do what both of those players can do combined and Utah may be looking to add another star. The Jazz are currently ninth in the West, but are only three games out of fifth.