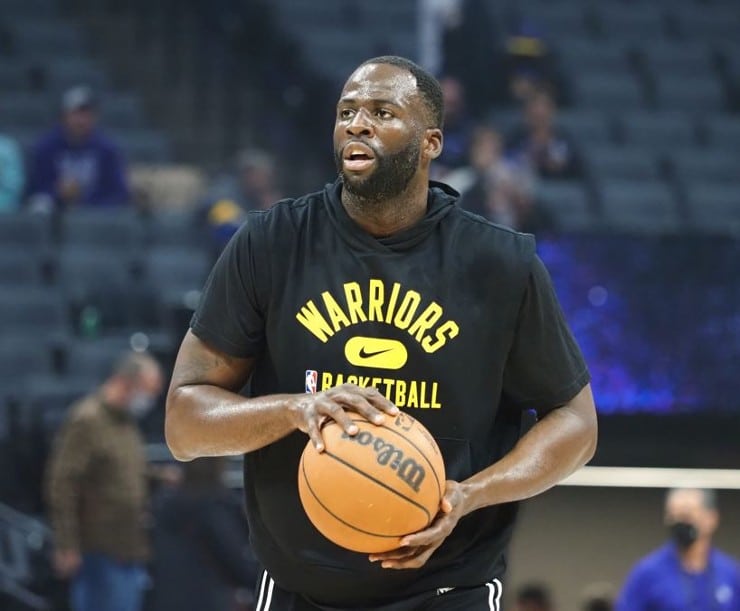 Although the Golden State Warriors are having a disappointing season, Draymond Green sees things differently. He believes the key is just qualifying for the playoffs. At this point, Golden State is 20-18 and ranks ninth in the Western Conference. A little over half the season has yet to be played.

“I told y’all this before — we get in the playoffs, I don’t care who we play or what seed we are, don’t nobody want to play against us in the playoffs,” said Green. “We just have to continue to get better, you know, embrace the process of improving each and every day… Championships are not won in December, it’s not won in January, nor is it won in April.”

According to some NBA betting sites, the Warriors have the fifth-best odds to win the championship. A few sportsbooks are giving the Los Angeles Clippers and Brooklyn Nets better odds.

Asked Draymond Green about looking at the standings right now

“I told y’all this before — we get in the playoffs, I don’t care who we play or what seed we are, don’t nobody want to play against us in the playoffs.” pic.twitter.com/di0hEkSFBG

On Dec. 18, in Golden State’s 126-110 win over the Toronto Raptors, the four-time All-Star scored a season-high 17 points in 37 minutes of action. Along with amassing nine boards and five assists, he shot 7-of-15 (46.7%) from the field and knocked down three 3-pointers.

Last season, the Warriors finished 53-29 in the regular season prior to winning their fourth championship in eight years over the Boston Celtics in the 2022 NBA Finals. They ranked third in the West as well. Golden State was firing on all cylinders back then.

Now, the team is on a five-game win streak without Stephen Curry. This team is capable of bouncing back. Equally important, the Warriors rank fifth in scoring, averaging 117.1 points per game. But the Dubs are underperforming defensively, allowing the league’s fifth-most 117.5 points per contest.

By The Numbers | Golden State vs. Atlanta pic.twitter.com/7gVmOUAQGu

So, the reigning champs could return to the playoffs again in the coming months. However, the Dubs need Curry healthy. The eight-time All-NBA member has not played since suffering a left shoulder subluxation in a 125-119 loss to the Indiana Pacers on Dec. 14.

NBA analysts are expecting the medical staff to re-evaluate the guard’s injury later this week. The two-time MVP is averaging 30 points, 6.6 boards, 6.8 assists, and 1.0 steal through 26 starts. With Curry and Klay Thompson healthy, anything is possible.