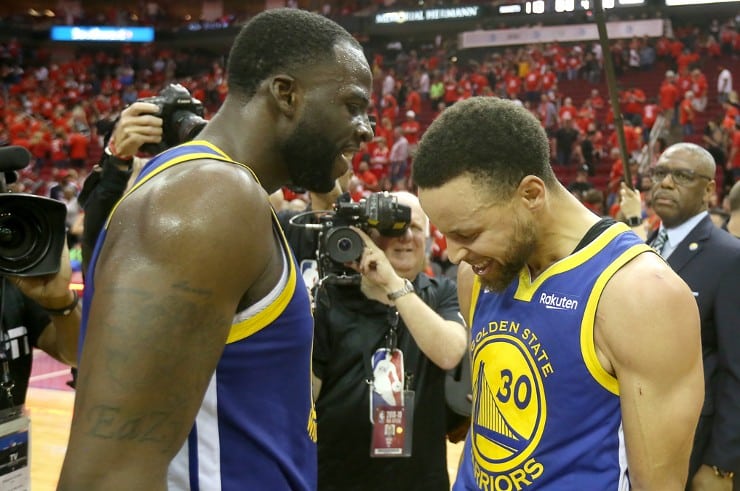 Based on a number of NBA betting sites, the Warriors have the third-best odds to win the championship in 2023. A few sportsbooks are giving the Celtics and Milwaukee Bucks better odds.

The first match-up since the Finals.

Without Curry and Green in the Warriors’ 124-123 loss to the Utah Jazz, Jordan Poole led the team in scoring with 36 points in 37 minutes of action. He finished 10 of 23 shooting from the floor and knocked down four 3-pointers.

For noteworthy betting trends, the Warriors are 10-1 in their previous 11 home games. But they are coming off back-to-back losses as well. Not to mention, the total has gone under in nine of Golden State’s last 10 home games versus Boston.

On the other side, the Celtics are 1-4 in their last five games against the Warriors. Plus, the team is 8-2 in its previous 10 games. However, Boston has won its past seven straight matchups versus Western Conference opponents.

Celtics officially rule out Robert Williams for Saturday vs. GSW.

Boston is entering Saturday night’s road game 21-5 (17-9 ATS) and 10-3 away this season. The C’s rank at the top of the Eastern Conference standings. They are ahead of the Milwaukee Bucks by 1.5 games.

Meanwhile, the Celtics have three players listed on their injury report: Al Horford (quarantine), Danilo Gallinari (ACL), and Robert Williams III (knee). Horford and Williams have been ruled out versus the Warriors. And Gallinari is out for the season after tearing his left ACL during a FIBA World Cup qualifier against Georgia.

According to ESPN’s Basketball Power Index, the Celtics have a 59.7% chance of defeating the Warriors on the road. Sportsbooks show Boston as a 2.5-point favorite at Chase Center.