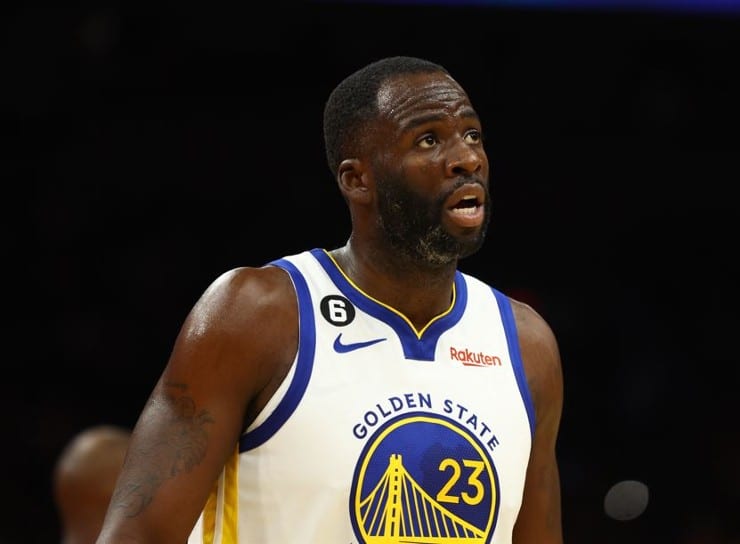 Golden State Warriors wing Draymond Green would like to play four or five more years. The 12-year veteran was selected 35th overall by the Warriors in the 2015 NBA Draft.

During an interview with Marc J. Spears of Andscape, the four-time All-Star discussed Los Angeles Lakers trade rumors, his focus on winning this season, and whether he wants to spend the remainder of his career in the Bay Area.

According to some NBA betting sites, the Warriors have the third-best odds to win the championship in 2023. A few sportsbooks show higher odds for the Boston Celtics and Milwaukee Bucks.

"I want to play another four or five more years. That would be enough for me."

“I want to play another four or five more years,” said Draymond Green. “That would be enough for me.” However, the seven-time NBA All-Defensive member will probably look like a different player by then.

Additionally, the forward is shooting 32% from deep and is recording a career-high true shooting percentage of 65.1%. On Sunday, in the Warriors’ 137-114 win over the Minnesota Timberwolves, Green ended his performance with his first double-double of the season.

During the offseason, while on a YouTube podcast, Green was asked which city he’d be interested in playing for if he ever left the Warriors. The 32-year-old listed Dallas, Detroit, and Los Angeles. In his interview with Spears, he was asked about trade rumors involving him, the Lakers, and the Warriors.

“I never said that,” mentioned Green on wanting to play with the Lakers. “People can say what they want. I’m also not really one to react much to what one may say. I react to things when I want to react to it. I don’t react to things just because somebody said it.”

Of course, Green is mainly focused on helping the Warriors win another championship this season. He’s just as hungry to win another chip as Stephen Curry. But the team continues to struggle. Golden State is 11-11 and ranks ninth overall in the Western Conference standings.

The Warriors have a win percentage of 94%(!!) when Stephen Curry and Draymond Green BOTH record 8 assists.

This is no small sample size. They are 60-4 in these games. pic.twitter.com/6sSWuccEQd

The Warriors forward has a $27,586,224 player option for the 2023-24 season. If he decides to opt out and test the open market next summer, this will be his last season with Golden State.

“I have to make decisions, and you take them as they may,” said Green. “But for me, I’m focused on the season. I’m focused on winning. We let those things play out the way they’re going to play out.

“Because one thing is for certain, is they play out with time, and time is going to continue to pass. And so, I focus on the present and what I can do right now for this team. All that stuff can happen when it happens.”

Since Draymond Green wants to continue playing for the foreseeable future, does he want to leave the Warriors? If not, another contract extension might be on the horizon.