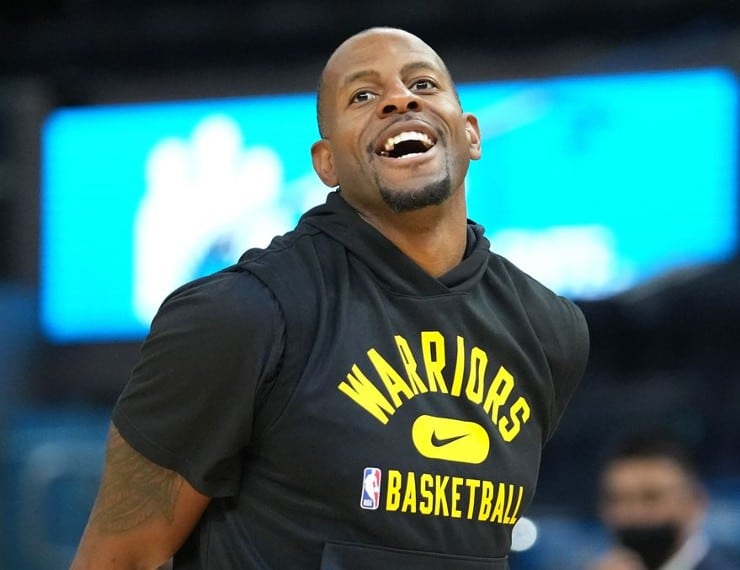 Last week, Myers informed reporters that the team’s final roster spot would be reserved for Iguodala. Of course, the forward turns 39 next January.

On “The TK Show” podcast, Myers told Tim Kawakami of The Athletic: “He [Andre Iguodala] is one of the few people in the world who can look Stephen Curry or Draymond Green or Klay Thompson in the eye and meet them at their level, but also grab a Jordan Poole or James Wiseman or Jonathan Kuminga and speak to them and encourage them.”

Will the Warriors extend all three?

“There’s no one else in the league that can do that for our team,” continued Bob Myers. “And we think he can still play and help us in certain spots. So we really want him back.”

“This isn’t like a charity thing. It’s not, ‘Oh, you know, we can’t not say yes to Andre because he’s won championships.’ We have pursued him more than he has pursued us.”

Warriors G.M. Bob Myers on Andre Iguodala: “We really want him back”

The forward won the 2015 NBA Finals MVP after averaging 16.3 points, 5.8 rebounds, and 4 assists per game against the Cleveland Cavaliers. Hands down, this performance was the highlight of his career.

Furthermore, Iguodala helped the Warriors win three other championships in 2017, 2018, and 2022. He’s past his prime, but it’s probably a good thing that Myers isn’t trying to fix what isn’t broken. Golden State wins with Iggy.

Following the 2012-13 season, the Nuggets traded Iguodala to the Warriors.

After the 2018-19 season, the Warriors dealt him to the Memphis Grizzlies.

Moreover, on February 6, 2020, the Grizzlies traded Iguodala, Jae Crowder, and Solomon Hill to the Miami Heat for Dion Waiters and Justice Winslow.

He signed a multi-year contract with the Heat on February 6, 2020. While playing in the Orlando bubble during the COVID-19 pandemic, the Heat advanced to the 2020 NBA Finals to play against the Los Angeles Lakers.

Needless to say, it was Iguodala’s sixth straight Finals appearance. He became the 10th player in NBA history to advance to six consecutive Finals.

But Miami fell short. LeBron James and the Lakers defeated the Heat in six games. In the 2021 offseason, the Heat declined Iguodala’s $15 million team option, leading to his departure.

In the ensuing weeks, the veteran signed a deal to return to the Warriors. Last season, in 31 games played Andre Iguodala averaged 4 points, 3.2 rebounds, and 3.7 assists per game. He missed about 31 games due to back soreness from January through April.