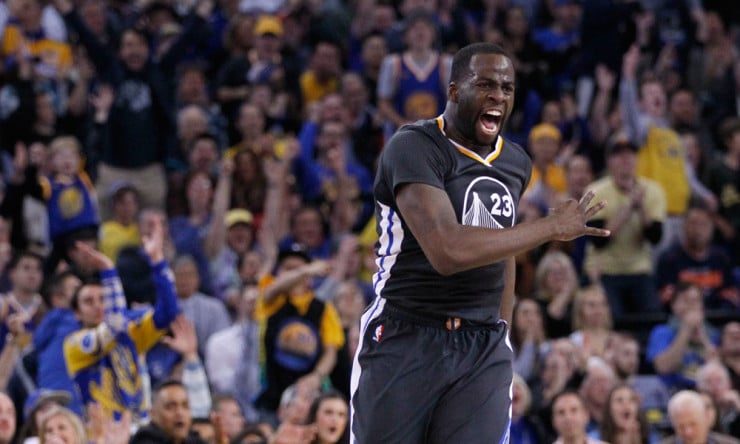 The Golden State Warriors ran the Sacramento Kings out of Oracle Arena, 109-86, in a game that saw a collective attack quickly envelope the unfortunate foe.

The Kings were up 50-47 at the half on Wednesday that ended with, amid a few other mistakes, a Draymond Green ejection. Green was ousted after he vigorously challenged being called for a foul on DeMarcus Cousins. The Kings center drew the foul while making a circus shot, leaning into Green’s arm as he flipped a floater up blind. Green unleashed a fury in response, throwing his hands at the air twice, before being thrown out.