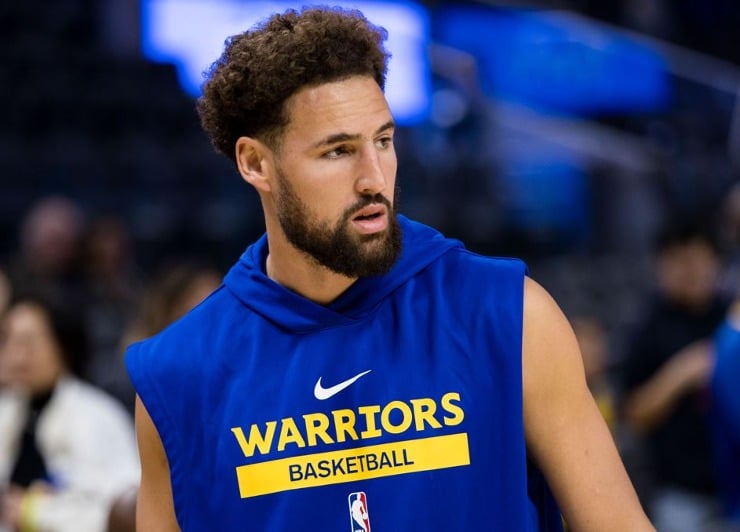 On Wednesday night, Klay Thompson and the Golden State Warriors held a four-point lead over the Utah Jazz with 13.3 seconds remaining. This was after the team overcame a 12-point deficit in the third quarter at Vivint Arena.

However, what appeared to be Golden State’s 14th win of the season was actually the team’s 13th loss in disguise. With 13 seconds left, Utah’s Kelly Olynyk inbounded the ball to Nickeil Alexander-Walker, who then passed the ball to Malik Beasley. The Jazz guard drove to the rim, and Thompson then lost sight of him.

According to a number of NBA betting sites, the Warriors are the Western Conference favorite to win the championship in 2023. However, a few sportsbooks still show high odds for the Los Angeles Clippers.

Beasley was alone in the right corner after tricking Klay Thompson. Beasley then knocked down a clutch three-pointer with 7.8 seconds left, bringing the score within one point.

“I just fell asleep,” Thompson said after the loss. “I watched the ball handler get to the rim rather than sticking on the three-point shooter. That was a dreadful mistake by myself.”

“We were supposed to win that game,” Jonathan Kuminga added. “Just things that happen. The NBA is crazy because out of 82 games, there’s always going to be a game just like that that you’re just going to ask yourself, ‘What happened?'”

Although Golden State had a four-point lead late in the fourth quarter, they were outplayed the entire game. Utah outscored the Warriors 60-50 in the key. Plus, the Jazz shot 46-of-86 (53.5%) from the field.

“You got to close it. You got to be rock solid with the ball. You got to be smart defensively. We were neither of those things the last 13 seconds,” Warriors coach Steve Kerr said during the postgame interview.

Without Curry and Green, one could argue that Golden State is one of the worst teams in the West right now. When both players are starting, the Warriors are just an average team this season, nothing special. That may change come playoff time. There’s a lot of basketball still left to be played.