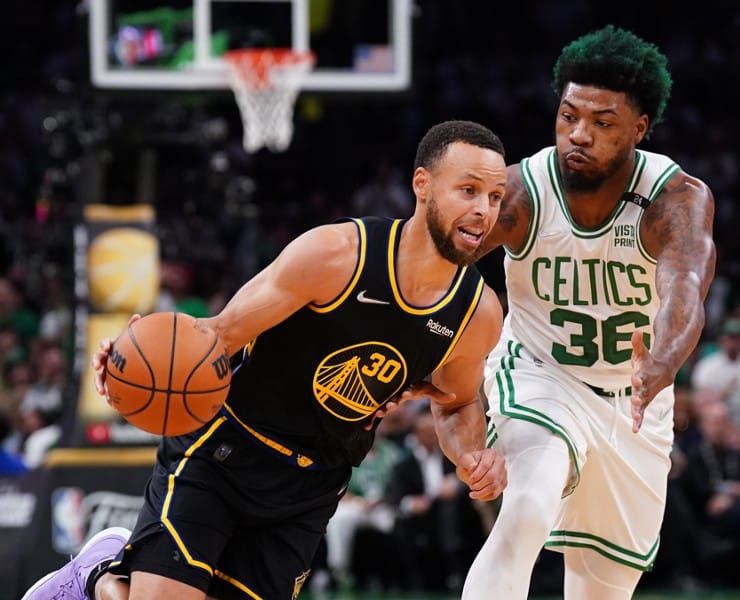 In addition to Curry and Green on Golden State’s injury report, Andre Iguodala is out indefinitely due to a hip injury. Andrew Wiggins was also downgraded to out because of a right adductor strain.

Based on a number of NBA betting sites, the Warriors are the favorite to return to the Western Conference Finals. However, a few sportsbooks show better odds for the Los Angeles Clippers.

Stephen Curry, Draymond Green and Andrew Wiggins are all out tomorrow against the Jazz. Curry with left ankle soreness, Green with left hip tightness and Wiggins with a right adductor strain.

Jonathan Kuminga fouled out in the final minute. Dating back to March 21, 2019, the Warriors have lost four consecutive games at home to the Pacers.

Now, Golden State is 11-2 at home, and the team ranks 10th overall in the Western Conference. The Warriors’ 10-game home winning streak was their best run since winning 11 straight from Oct. 30 to Dec. 3, 2021.

Without Curry, Green, and Wiggins, the Warriors will have to rely on Thompson to carry the offense at Vivint Arena. If the 10-year veteran plays like he did in the loss to Indiana, Golden State has a fair chance to win. Otherwise, it could be the team’s third loss in the last five games.

As for the Jazz, forward Rudy Gay (hand) is probable. Plus, guards Mike Conley (knee) and Johnny Juzang (hand) are questionable for Wednesday’s matchup versus Golden State as well.

Not to mention, Utah is struggling to win games at the moment. The Jazz are 2-6 in their last eight games played. But they are also 5-1 in their past six matchups at home against the Warriors.

Per ESPN’s Basketball Power Index, the Jazz have a 74.4% chance of defeating Golden State on Wednesday. Nonetheless, quite a few sportsbooks show the Warriors as a 1.5-point favorite.