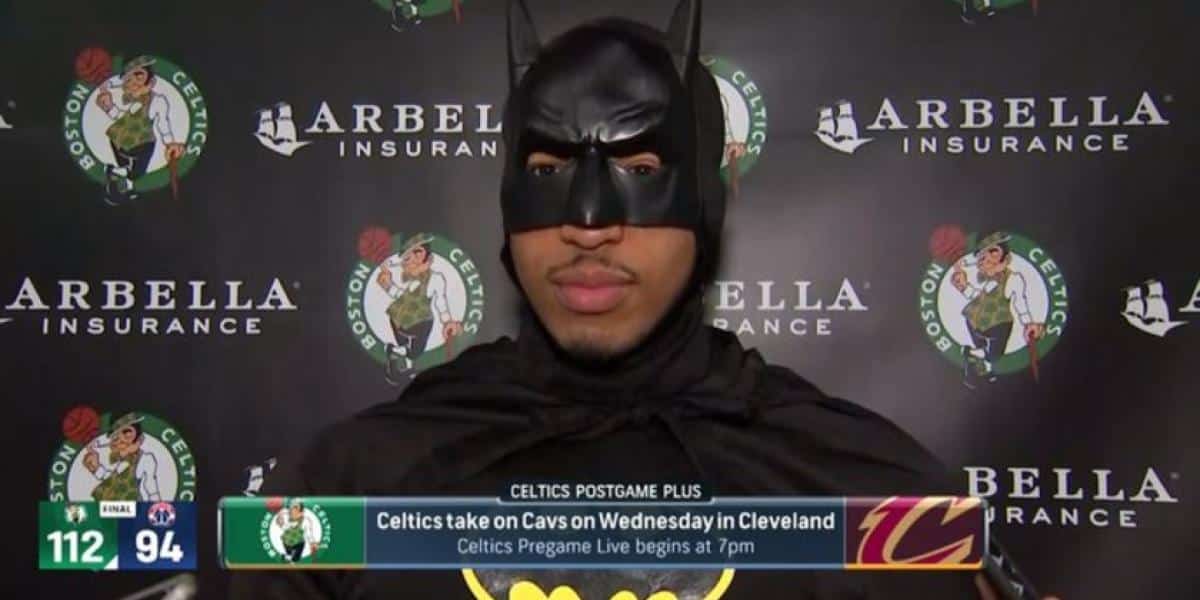 On the eve of Halloween, Grant Williams showed that he was in the mood, as he was seen wearing a Batman costume, which Jayson Tatum reacted to in an amusing way.

Williams arrived in his costume, before changing for the game into his strip, then changed back after the game to conduct some interviews before getting home to carve some pumpkins.

The Bostion Celtics hosted the Washington Wizards, winning 112-94. It was the closest thing we’d seen to the Finals version of the Celtics from last season, and they really needed a strong game like this to keep the momentum up as they chase for the Eastern Conference title.

Williams was feeling Halloween so much he even conducted his post-game interview in his Batman costume, even speaking the same way the superhero does.

"Yo wtf are you doing"

Tatum let Grant know what he thought of his antics, which gave a good reaction from reporters who seen the funny side of Tatum’s comments.