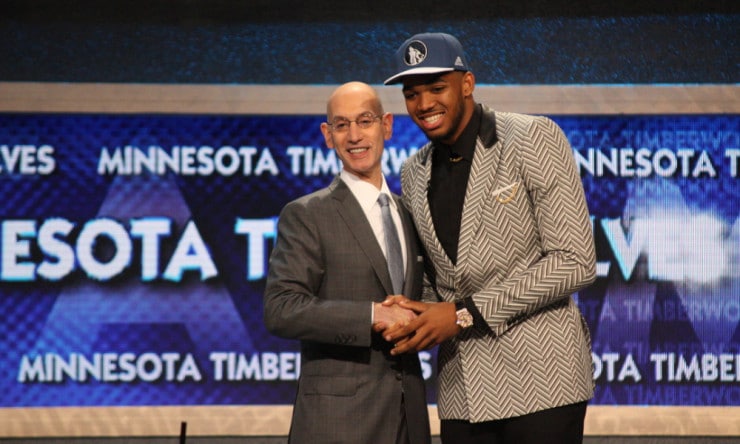 “The biggest takeaway? Man, I struggled shooting threes [that] week,” he said. “I’ve got to get back in the gym, got to work on the shot. It goes back to the way I play, trying to be as versatile as possible. So if one aspect is not working today then I can go to another aspect.”

Towns wants to be able to stretch the floor and a 3-point stroke could dramatically improve his ability to punish opposing centers.“It’s just getting used to it because you’re used to seeing a college three,” Towns said. “About two airballs [during the summer league games]. I bet you if I had shot them in college, they’d go straight in.“It’s a different mind-set. For me personally shooting threes, I’m still seeing it as a college line. I haven’t been shooting on NBA gyms in a while. I think during the season you’ll see me hit so much that you’ll forget about summer league.”