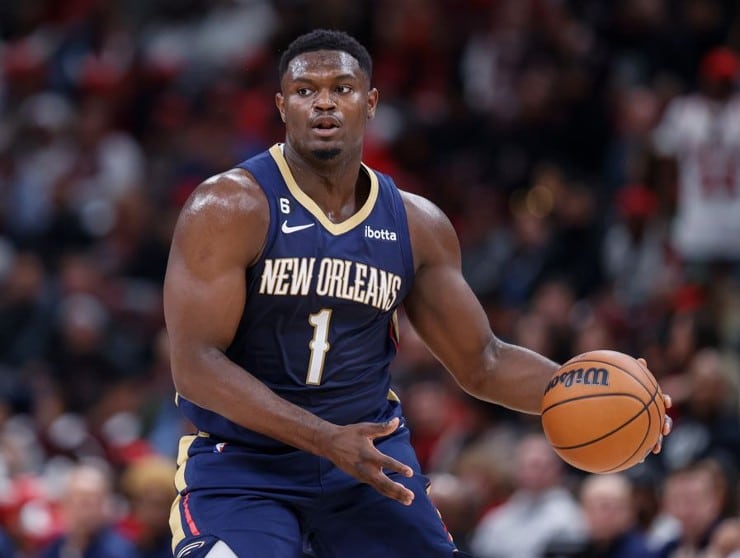 New Orleans Pelicans forward Zion Williamson trails only Kareem Abdul-Jabbar for the most games (20) with at least 30 points and a 60% field goal shooting percentage through a player’s first 105 career appearances.

With the Milwaukee Bucks, Abdul-Jabbar amassed 26 games with 30-plus points while shooting 60% from the field through his first 105 games. The six-time NBA champion logged his 26th game during the 1970-71 season.

Based on a few NBA betting sites, Zion Williamson and the Pelicans have the 10th-best odds to win the championship in 2023. Some sportsbooks show better odds for the Denver Nuggets and Los Angeles Clippers.

Zion Williamson ranks second on the all-time list with 20 games. This is significant for the Pelicans forward, considering Michael Jordan and Shaquille O’Neal had 19. And David Robinson recorded 15.

Since the third-year player missed all of last season due to a Jones fracture, his current spot on the list is that much more impressive. In his rookie 2019-20 season with New Orleans, the forward made only 24 appearances.

However, he averaged 22.5 points, 6.3 rebounds, and 2.1 assists per game. Not to mention, he shot 58.3% from the field. Williamson became the first rookie since Michael Jordan to record 16 games with at least 20 points through his first 20 career appearances while being the scoring average leader.

Last Friday, Zion Williamson moved up the list after logging his 20th game. In the Pelicans 128-117 win against the Phoenix Suns, the Duke product finished with a season-high 35 points on 13-of-17 (76.5%) shooting.

Through 21 starts this season, Zion Williamson is averaging 25 points, 7.2 boards, 4.2 assists, and 1.2 steals per game. Zanos has also recorded five double-doubles. Plus, the New Orleans wing is shooting 60.9% from the floor and 35.7% behind the arc.

A number of old NBA records are falling from week to week. The league has a lot of talented players, and it has quite a few disappointing teams as well. Eleven teams are below .500. In addition to that observation, the rules are different.

Stats are inflated in today’s NBA. While a few superstars still play defense during crunch time, the game has changed so much compared to 40-50 years ago. In other words, it’s easier now for a young star to break records. At least players like LeBron James, Russell Westbrook, James Harden, and Zion Williamson are taking advantage of it.