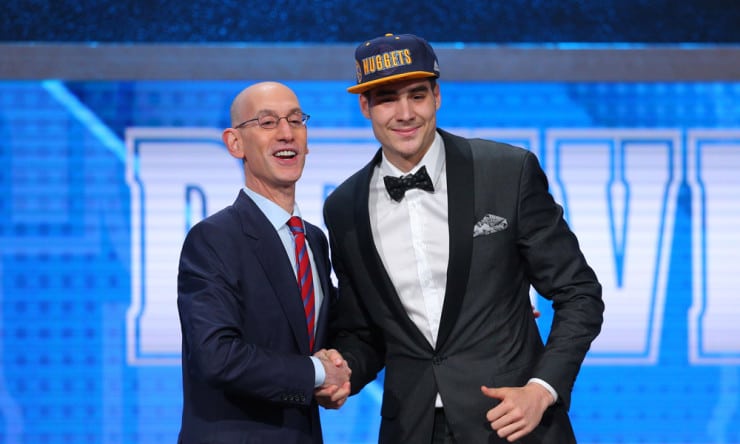 With the 15th pick in the 2016 NBA Draft, the Denver Nuggets have selected forward Juan Hernangomez from Spain. The Nuggets decided to use at least one of their three first-round picks on a European prospect with a high ceiling.

Hernangomez is being called one of the most NBA-ready forwards of the European prospects in the NBA Draft, however, there is no rush for the Nuggets to bring him over next year as they already have two young and talented European big men in Nikola Jokic and Jusuf Nurkic.

The Spanish forward stands 6’9 at a slim 230 pounds, which will no doubt limit him early against stronger NBA-level power forwards. However, Hernangomez does make up for his lack of size with tremendous energy and work ethic on the floor. Scouts have reportedly praised his effort on the defensive end and rebounding thanks to a reportedly 7’0 wingspan and decent athleticism for his size.

Hernangomez also has drawn interest thanks to his solid shooting stroke, which many believe will help him develop into a legitimate knock-down stretch-four shooter down the road. Hernangomez impressed scouts by improving across the board statistically from season to season, which is compelling as he is only 20 years old.

It will be interesting how the Nuggets choose to handle Hernangomez, who does have the ability to buyout of his contract and come over to the NBA next season or if they choose to stash and develop him for the next couple years. Whenever Hernangomez does come to the NBA, expect a high-energy, shooting forward who has the potential and skills to develop into a quality contributor at the NBA level.