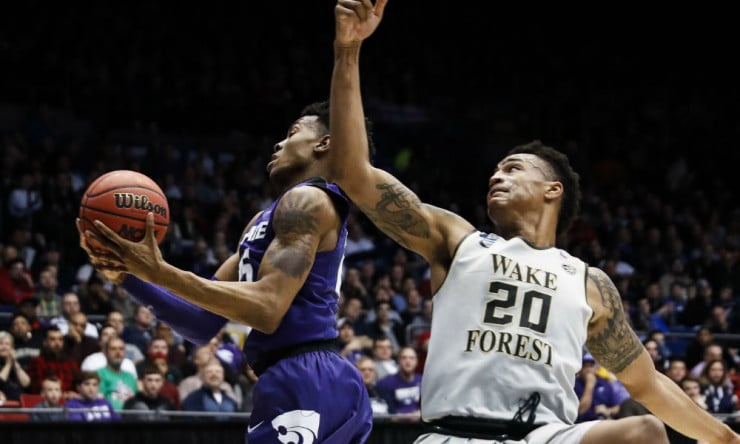 With the No. 19 pick in the 2017 NBA Draft, the Atlanta Hawks selected John Collins, forward out of Wake Forest University.

The Atlanta Hawks have reached the playoffs for 10 consecutive campaigns, but enter the offseason with a new general manager and quite possibly a new direction. Earlier this week, the Hawks traded former All-Star center Dwight Howard to the Charlotte Hornets in a cap clearing deal. The team is also facing the prospect of losing All-Star forward Paul Millsap in free agency next month. On the bench, forwards Ersan Ilyasova, Kris Humphries and Mike Muscala are all headed to free agency, as well.

Collins will provide the Hawks with a potential long-term building block on the inside. The 6-foot-10 prospect averaged 19.2 points, 9.8 rebounds and 1.6 blocks on 62 percent shooting from the field. Collins excelled in the pick-and-roll this past season and this strength should be enhanced playing with point guard Dennis Schroder in Atlanta.

The direction the Hawks are going, with new front office personnel arriving in town, is up for debate. If the team is trying to add to their playoff streak, then re-signing Millsap must be a high priority. The team could also decide to embrace a youth movement with Schroder, Collins and last year’s draft picks Taurean Prince and DeAndre’ Bembry. Whichever direction the franchise chooses, Collins is seemingly in a great position to see the floor early and often as a rookie.