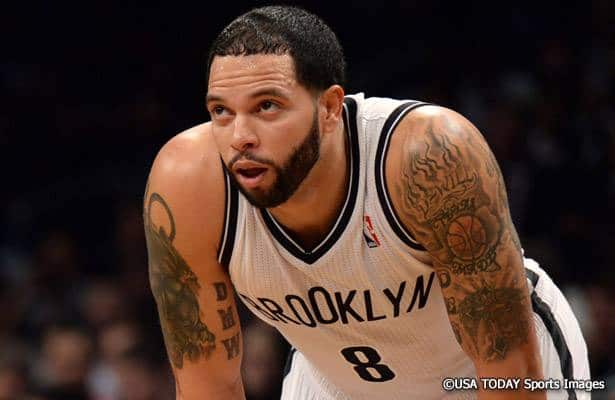 The 2013-14 regular season is starting to wind down with some teams fighting for playoff position — others for the best possible position in May’s NBA Draft lottery.

Looking ahead to the 2014 offseason, a number of teams in the Southeast and Southwest divisions could have significant cap room this summer.

In the third part of a series, where do the five teams in the Atlantic Division stand this offseason?

The Celtics are certain to either waive or trade Keith Bogans’ non-guaranteed $5.3 million contract for next season.  It seems very unlikely that Joel Anthony opts out of the final year on his deal at $3.8 million.

Boston has to decide if they want to re-sign guard Avery Bradley, whose cap hold is $6.3 million while the qualifying offer to make him restricted is $3.6 million.

The Celtics may be a spender in 2015 but this summer, they’d need to lose Bradley to near $9 million in cap room.

More likely than not, Boston won’t drop under the cap this season.

The Nets are heavily invested in their roster, with at least $85 million in salary locked in for next season.

Andrei Kirilenko, Andray Blatche and Alan Anderson can all opt out of their deals to become unrestricted free agents.  Even if all three do, it’s not going to make a dent in the Nets’ massive payroll.

After a terrible start to the season, the Nets have climbed above .500.  Brooklyn needs this roster to work, given the multi-year investment.

Brooklyn’s first-round pick in 2014 will go the Celtics.

What impact with Phil Jackson have as the new president of the Knicks?

Given the contracts on New York’s books, not much in free agency this summer.  If Carmelo Anthony, Amar’e Stoudemire and Andrea Bargnani all opt out of their contracts, the Knicks could have as much as $29.4 million in cap space.

Anthony is expected to hit free agency.  Whether he leaves or re-signs, the Knicks are not going to fall under the cap.

The Knicks’ first-rounder will go to the Denver Nuggets.

The Sixers will have two lottery picks, unless the Pelicans land a top-three pick.

Jason Richardson isn’t likely to opt out of his final year at $6.6 million, but Philadelphia should have significant cap room this summer.

The rebuilding movement in Philadelphia will take some time, but they’ll be in a position of flexibility with few contracts on their books.

The team had the opportunity to spend this past offseason, but took a more measured approach.

If the 76ers go shopping in free agency, it probably won’t be for big-name, big-dollar players.

The Raptors can look to get well under the cap, should they choose to do so.

If Toronto says goodbye to all, the team will have sizable cap room.

If the Raptors want to hold onto Johnson, Hansbrough and/or Salmons, while re-signing Lowry, the team will stay above the cap.