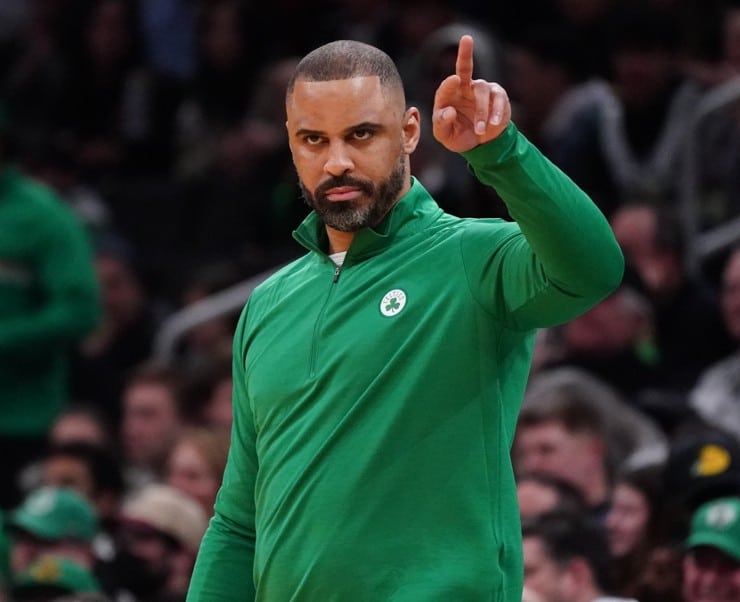 Steve Nash’s coaching career in Brooklyn came to and end today as both sides mutually parted ways. He was the coach from 2021-23 and only coached seven games this season. He had a 59 career win percentage with the Nets.

The Nets have named Jaques Vaughn as the coach for their game against the Bulls tonight, but the team is still in search for a long-term candidate. Names are already circulating and the Nets could have a new head coach very soon.

Jacque Vaughn is the acting head coach tonight but expect the Nets to inquire with suspended Celtics coach Ime Udoka, Quin Snyder, among others. Boston will let Udoka leave for another job.

Udoka seems to be the front-runner for the Nets head coaching position as of now. Boston has already said that they are willing to let Udoka leave for another job. He helped lead the Celtics to the NBA Finals last season where the team fell just short. Boston was out of playoff contention in late December last year and had an incredible second half of the season. Udoka was a big part of the teams success and he is a serious candidate for the job in Brooklyn.

Ime Udoka has emerged as a strong frontrunner to be the next Brooklyn Nets head coach and the sides have begun discussions, sources tell @TheAthletic @Stadium. Nets are in the midst of their search process and are continuing to do due diligence.

Quin Snyder is another name at the top of the list for the head coaching vacancy in Brooklyn. He dealt with a lot of drama in Utah and could certainly handle the bright lights and stress of New York media. Snyder was the head coach of the Jazz from 2014-2021 and built a strong reputation for himself. He’s known for getting the most of out his players even when not having the amount of superstars some teams had. Consider him another strong candidate for the job with the Nets.

They're expected to inquire about Ime Udoka, Quin Snyder and others for their HC vacancy, per @wojespn pic.twitter.com/qA2fhSo6cY

Ime Udoka and Quin Snyder are likley the two top candidates for the head coaching job in Brooklyn. There is another contender who make’s a strong case for himself. Former Hornets head coach James Borrego has a great resume and should be considered. Borrego spent time with legendary NBA head coach Greg Popovich in San Antonio before coaching the Hornets from 2018-2022.