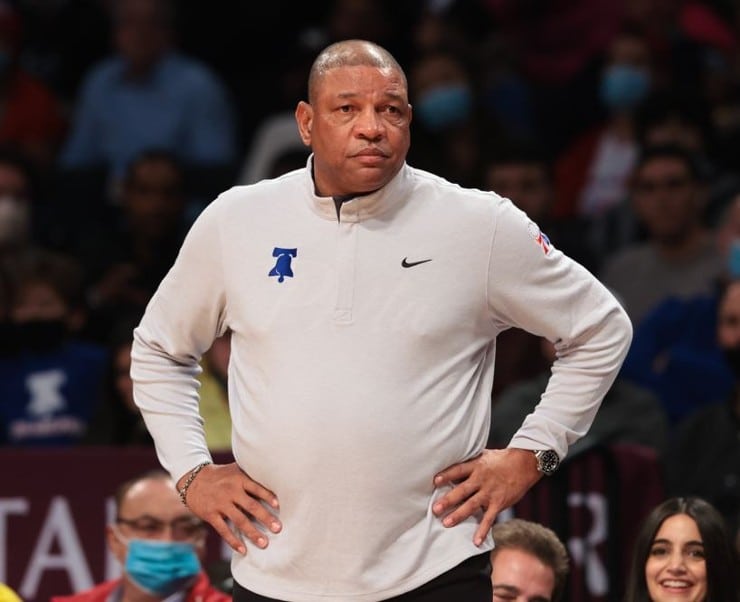 While Reed is still playing power forward, Rivers has been giving the 23-year-old reps at center. The 6’9″ wing was selected 58th overall by the Sixers in the 2020 NBA Draft.

In the Sixers’ 127-108 preseason win over the Brooklyn Nets, Embiid and James Harden sat out. Meanwhile, forward Julian Champagnie finished his performance with 15 points, 7 rebounds, and 3 assists in 18 minutes of action.

Per multiple NBA betting sites, the 76ers have top-10 odds of winning the championship in 2023. Under Doc Rivers, can the Sixers advance to the NBA Finals with Harden and Embiid? Find out which sportsbooks think so.

Of course, Harrell closed out his outing with 10 points, 5 rebounds, and 3 assists in 12 minutes played.

After a training camp practice, reporters asked Reed how he felt about serving as a backup center behind Embiid. “I was a little shocked,” replied the DePaul product.

“But at the same time, I still want to stay humble, you know? I don’t want to get too bigheaded, you know? And I want to keep doing what I’m supposed to be doing so I can keep earning more trust and keep getting more minutes.”

“I think we’ve just got a whole bunch of dogs on our team that are ready to eat,” continued Reed. “So, they get that opportunity, we all know what we have to do.”

Furthermore, in 38 appearances with the 76ers last season, Reed averaged 3.1 points and 2.4 rebounds per game. Plus, he shot 56.3% from the field. He’s now entering his third season in the league.

In July, Champagnie signed a two-way contract with the 76ers. The 21-year-old went undrafted out of St. John’s. His addition could help improve the team’s frontcourt.

Through 88 appearances and three NCAA seasons played with St. John’s, Champagnie averaged 16 points, 6.8 rebounds, and 1.4 assists per game. He might be better off playing with the Delaware Blue Coats, the Sixers’ G League affiliate, at first.

“Summer league was all right for me,” Champagnie explained. “It was kind of a learning curve. So I had a bunch of weeks to stay in Philly and get acclimated with what the guys are doing and playing five-on-five and getting used to the physicality and what my role would be.”

For the bottom line, the 76ers are loaded. Rivers knows his team has more than enough roster depth to make a championship run in the 2022-23 season. It could be now or never for the veteran coach to win another chip.
Join our Telegram channel for our exclusive free betting tips, picks and offers.