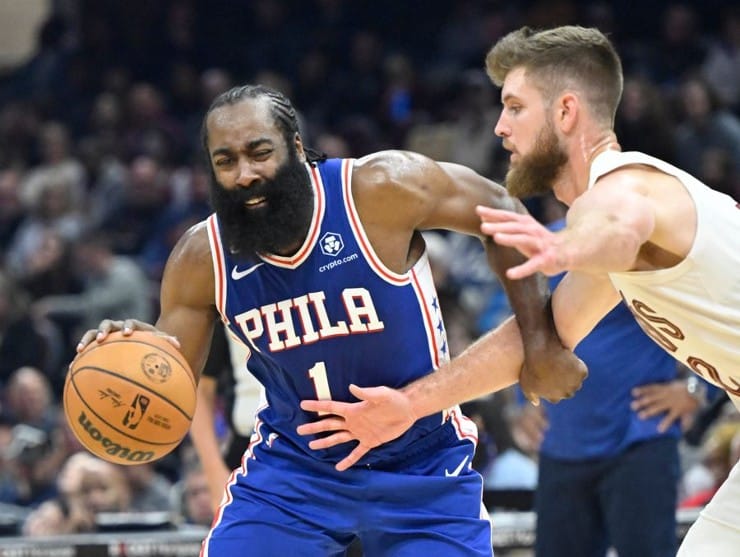 Philadelphia 76ers guard James Harden believes signing his new contract with the team was the right decision. After the Sixers’ preseason win over the Cleveland Cavaliers, the 10-time All-Star made his point clear in the locker room.

“It was the right decision not only for myself, but our organization, giving us a really good chance of putting the right pieces together,” said Harden.

Head coach Doc Rivers would agree. He emphasizes the importance of communication and trusting teammates in the practice video below.

A few NBA betting sites are giving the 76ers top-10 odds to win the championship in 2023. Will the Sixers win a title with Harden, Joel Embiid, and Tyrese Maxey? Some sportsbooks are counting on an Eastern Conference Finals appearance.

“You do things, handle business on the court and off the court, and the money will always come back,” continued the 2017-18 MVP. “So, I’m fortunate and blessed to be in the position I am, and I’ll just continue to be me.”

In July, the guard inked a two-year, $68.6 million contract with the 76ers. He almost took a $14 million pay cut by declining his $47.4 million option from his previous deal.

Of course, Harden can opt out of his contract next summer to sign a maximum deal with the team.

“Nope, but guess what? I don’t care,” explained Harden when asked if he had any regrets on taking less money. “There’s like a stereotype [of Harden] where people always want to talk.”

“People don’t really know me, so they feel like they can just say anything. One thing I won’t do is give them any attention. I won’t say anything, media-wise, publicly.”

“I don’t care, because I’m comfortable and I’m confident in the things I do on and off the court.”

Unless his relationship with the Sixers deteriorates, Harden will likely sign a supermax deal in 2023. The two-time scoring champ will earn $33 million in the 2022-23 season.

look back at preseason game 👌

Not to mention, the Memphis Grizzlies traded De’Anthony Melton to the 76ers for Danny Green and David Roddy. Last month, free agent center Montrezl Harrell agreed to a two-year, $5.22 million deal with the team as well.

Deep down, James Harden cares about winning a championship. NBA fans and entertainers alike have criticized the 13-year veteran countless times in the past for being a selfish player.

However, the 33-year-old is on the downside of his professional career, at least scoring-wise. He fell short of winning a championship with Russell Westbrook and Kevin Durant in Oklahoma City. Therefore, playing for the 76ers could be his last chance to retire with a chip.