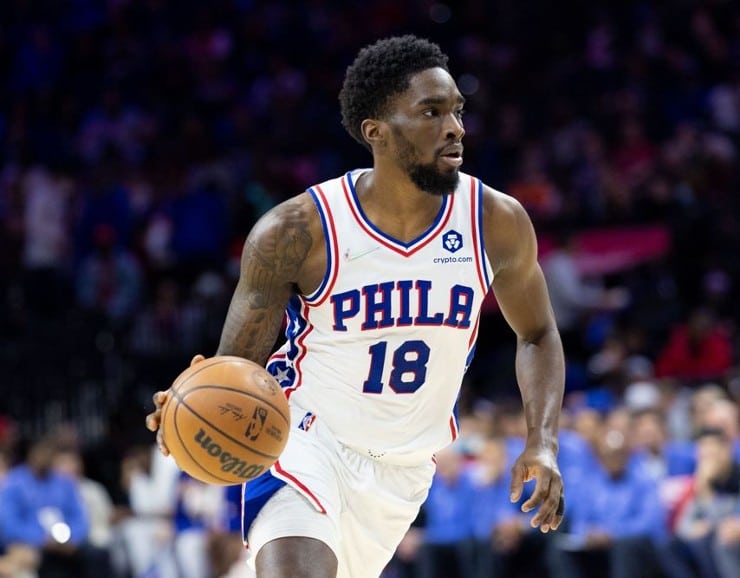 Philadelphia 76ers guard Shake Milton has only appeared in one game to begin the 2022-23 season. And his first appearance came on Monday night in the Sixers’ 120-106 win over the Indiana Pacers.

Head coach Doc Rivers widened the rotation. However, Milton played for just six minutes off the bench. “You can look at it two ways,” Milton mentioned to reporters after the game.

According to some NBA betting sites, the 76ers possess the eighth-highest odds to win the championship this season. A few sportsbooks dropped the Sixers out of the top 10 after starting the season 1-3.

Love this little dish to Embiid for an And-1 pic.twitter.com/zsvih7eGEu

“Some guys might look at it like when your time comes, weight it that much more,” continued the 76ers guard. “If you go out there and you make mistakes, you’ve got a short leash. Or some guys just look at it as an opportunity.”

“You go in there, you make something happen, and then you grow and expand from there. I think you should go out swinging. So, whenever I get an opportunity, I’m going to try to make the most out of it.”

Rivers sent Milton out onto the court during the second quarter. “Yeah, we want to add another guy to the rotation,” Rivers said after the win. “Tonight, it was Shake.”

When asked which bench player has the advantage, Rivers could not answer. Of course, it’s still early in the season. The 76ers rotation will likely change as the season progresses.

“I don’t know yet,” Rivers replied. “I really don’t. Between Matisse [Thybulle] and Shake, Furkan Korkmaz… we’re just going to feel it out. We really are.”

Doc Rivers: “We want to add another guy to the rotation, and tonight it was Shake (Milton).”

Rivers says Milton is “probably the guy ahead” for the final spot for now based on training camp.

Thybulle has played in all four games so far this season. But the 25-year-old’s stat line has remained on zeros all across the board. Then again, Rivers is letting him play for just over a minute each game.

“Going by camp and things, Shake is probably the guy ahead, because I thought he played the best,” continued Rivers. “But that doesn’t mean [for] the games that works out the same way.”

During the 2020-21 season, the SMU product logged career highs of 13 points and 3.1 assists per contest in 63 games. So far, it was statistically his best season of his NBA career. Plus, he averaged 23.2 minutes.

While Milton’s best performances are behind them, now is the time to prove his doubters wrong.