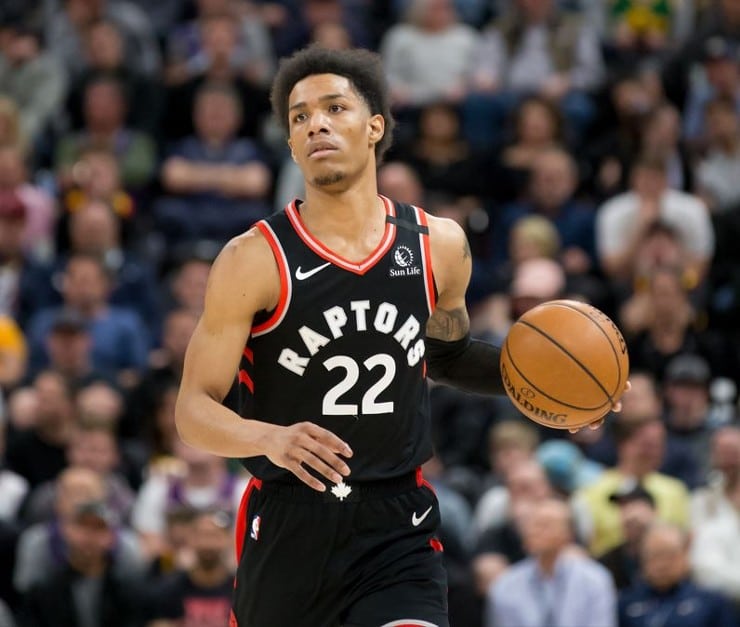 Guard Charlie Brown Jr. and wing Julian Champagnie occupy the Sixers’ two-way spots. An Exhibit 10 contract can be converted into a two-way deal prior to the commencement of the regular season. Though, the roster is full.

McCaw was selected 38th overall by the Milwaukee Bucks in the 2016 NBA Draft. However, he was then traded to the Golden State Warriors for cash considerations.

According to multiple NBA betting sites, the 76ers have top-10 odds of winning a championship in 2023. After adding Danuel House and De’Anthony Melton, some sportsbooks are anticipating a finals appearance.

In 57 games played of the following season, McCaw logged 4 points, 1.4 boards, and 1.4 assists per contest. After the season, he left Golden State with two championship rings.

On December 30, 2018, the guard/forward inked a multi-year contract with the Cleveland Cavaliers. But after three games played with the Cavs, the team waived him in January 2019.

Then, the Missouri native signed with the Toronto Raptors. Through 26 games played with the Raptors during the 2018-19 season, McCaw averaged 2.7 points, 1.7 rebounds, and 1 assist. He also shot 44.4% from the floor.

He won his third ring of his career with the Raptors after defeating the Warriors in six games of the 2019 NBA Finals.

McCaw joined Steve Kerr and Frank Saul as the only players in league history to win three consecutive titles with different teams. He became the first player since Kobe Bryant, Shaquille O’Neal, Robert Horry, and other Lakers players to win three straight titles as well.

The guard/forward went on to sign a contract with the Raptors during the 2019 offseason. He could retire with a fourth ring if the 76ers manage to win a championship under head coach Doc Rivers.

Additionally, the UNLV product was then waived by the Raptors in April 2021. McCaw was acquired by the Delaware Bluecoats of the NBA G League back in February.

In July, forward Michael Foster Jr. inked an Exhibit 10 contract with the 76ers. Both Foster Jr. and Patrick McCaw will likely spend their time with the Bluecoats in the 2022-23 season.

If a player signed to an Exhibit 10 contract gets waived and spends at least 60 days with the team’s G League affiliate, the signee is eligible to receive a $50,000 bonus.