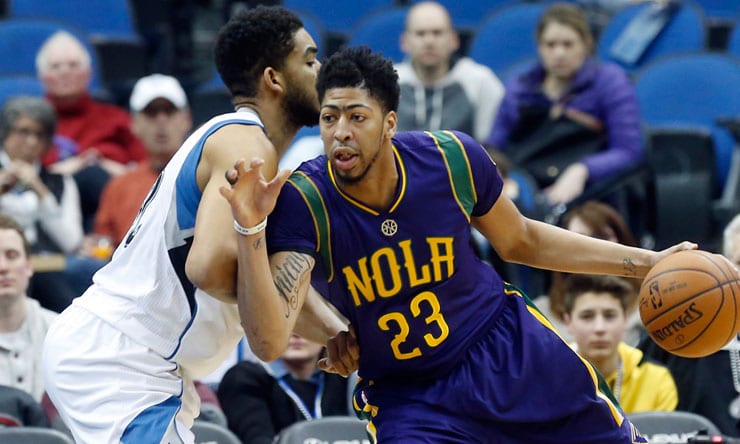 Pelicans star Anthony Davis openly proclaimed ahead of Sunday’s All-Star Game that he was going after the MVP award, and he didn’t make his master plan on how to do so much of a secret.

“Coach [Alvin] Gentry already told me every time I catch it to put it up,” said Davis upon being selected to his fourth straight spot on the Western Conference team. Davis took an All-Star record 39 shots and scored 52 points to lead the West over the East at the 66th All-Star Game, 192-182 — the highest-scoring game in league history. The 23-year-old’s point total smashed the previous record of 42, set by Wilt Chamberlain in 1962.