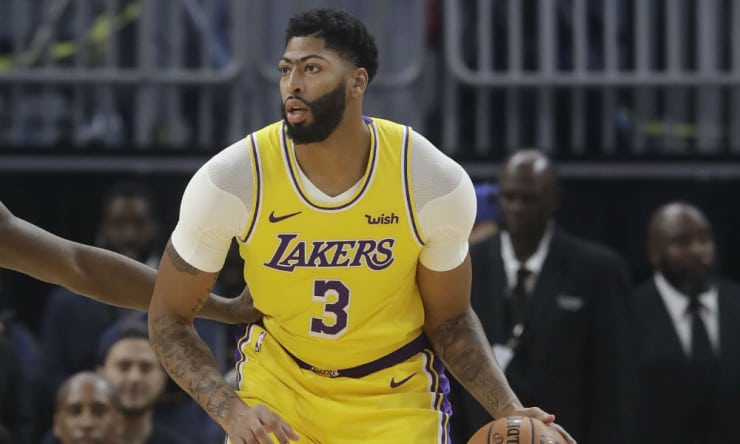 Since the middle of November, Anthony Davis had been on an absolute tear for the LA Lakers. He carried the team on his back and put up monsters. Davis didn’t score less than 25 points in a game from 11/13-12/4, until the Lakers matchup with Cleveland last night. It wasn’t an injury that took Davis out of the game, it was flu-like symptoms that shut AD down on Tuesday night.

The big man only logged eight minutes in their game vs the Cavs last night, scoring just one point after he had to leave in the first quarter. LA fought as hard as they could all game, but it was clear that they were not the same team without him on the court. Cleveland beat the Lakers for the second time this season, 116-102, backed by Donovan Mitchell’s 43 points.

Anthony Davis will not return to the game after experiencing flu-like symptoms. pic.twitter.com/pjtIDfiqVD

In his previous two games, Davis had scored 99 points and had helped the Lakers go 8-2 in their last ten games. He had two rebounds and three assists in the game before he had to make an early exit. Lakers head coach Darvin Ham said that AD’s symptoms got progressively worse throughout the day.

“His temperature was 101 and some change,”… “A-D wanted to try to play, but he felt too weak. He’s drained and dehydrated. That’s a huge loss, obviously, with the way he’s been playing lately.” – Darvin Ham

His coach also mentioned that Davis will likely be unavailable for their game vs Toronto on Wednesday.

“Because of COVID, people forget that there is a common cold and a common flu out there,”… “That’s what we’re dealing with here.” – Darvin Ham

Sounds like Ham is trying to stay away from anything that would imply it is more than a common cold. Clealry the Lakers do not want to lose Davis for longer than they need. He likely needs to get some rest and take some medication. His stellar play was starting to take a tole, and this might have been a much needed reminder for him to take it easy.