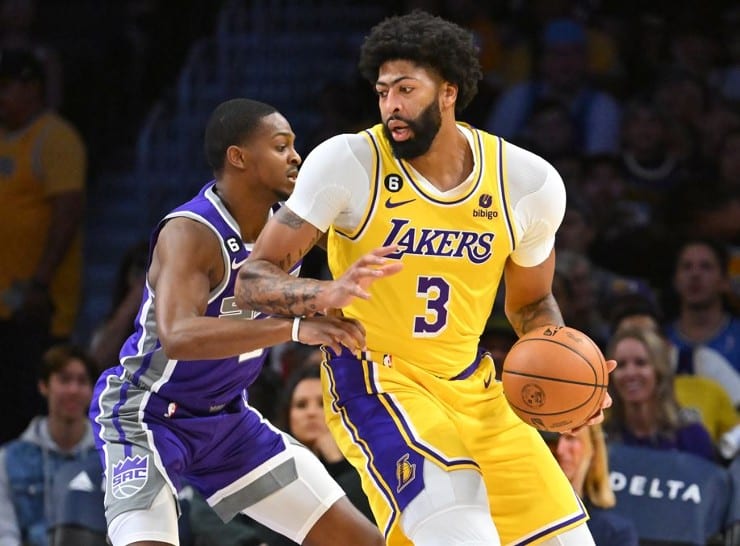 The season as a whole has not started off how the Lakers likely intended it to. With a 5-10 record, the Lakers are fifth in the Pacific Division and thirteenth in the Western Conference. One Laker has carried the team in the last few games and the all-star PF is starting to look like himself again, and he would agree.

Eight-time all-star Anthony Davis has been absolutely dominant in his past few games for the Lakers. They have won three in a row for the first time this season and would like to build off this momentum. With their 123–92 victory vs the Spurs last night, Davis joined two Laker greats in the record books.

Anthony Davis is the third Laker in franchise history to record 30+ points and 15+ rebounds in 3 consecutive games, joining:

Anthony Davis is the third Laker in franchise history to have three straight games with at least 30+ plus points and 15+ rebounds. He is tied for second in the league with the most rebounds per game at (12.0). Lebron James has been sidelined for the last four consecutive games and Davis has been doing his best to carry his team while James is out.

Along with the dominant shooting numbers, he’s gotten it done defensively for the Lakers as well. In his last three games he’s averaging (17.1) rebounds, (1.3) steals, and (1.3) blocks per game. His first-year head coach has been more than happy with his all-star PF.