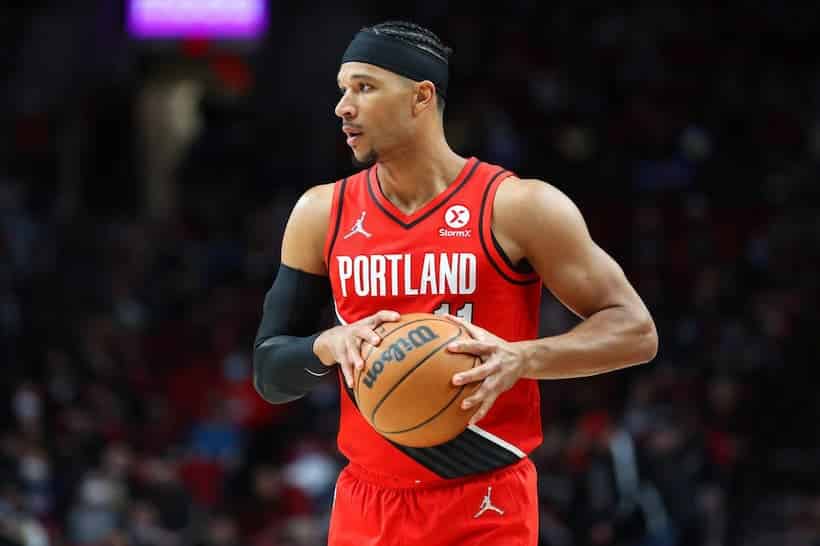 The NBA trade market is still relatively quiet and the only move we’ve seen is the Wizards and Lakers trading Rui Hachimura for Kendrick Nunn and three second-round picks. All teams in playoff contention at this time are interested in upgrading their roster. Miami has turned their season around and have jumped all the way to sixth in the East. Rumor has it that they are interested in one of Portland’s top players.

NBA insiders do not think that Miami will break up the core of Kyle Lowry, Jimmy Butler, Tyler Herro, or Bam Adebayo. With a shift in their seasons momentum, making a move before the trade deadline is now a very realistic option for the Heat. Finding the right player is the tricky part. You never want to have buyers remorse after making a trade.

Portland’s Josh Hart is the player insiders speculate could be the right fit for the Miami. Florida Sports Betting sites have the Heat at (+4000) to win the Finals this season.

The Miami Heat have turned their season around in the last month or so and it’s jumped them to sixth in the East. Miami are 7-3 in their last ten and are on a two-game win streak after a narrow 98-95 win at home vs Boston. With a deep playoff run as their ultimate goal for the season, the Heat could be interested in making a move before the trade deadline. No roster can ever be too perfect and NBA insider Zach Lowe had this to report on the matter.

“I think [the Miami Heat] would probably express some interest in Josh Hart,”… “He’s a Heat kind of guy.” – Zach Lowe

If the Heat are serious in making a trade they will have to give up some assets. Players like Duncan Robinson, Caleb Martin, Victor Oladipo, or Nikola Jovic would likely all be on the chopping block. Lowe also explained how Hart is making $12.96 million this season and carries a $12.96 million player option into next season.