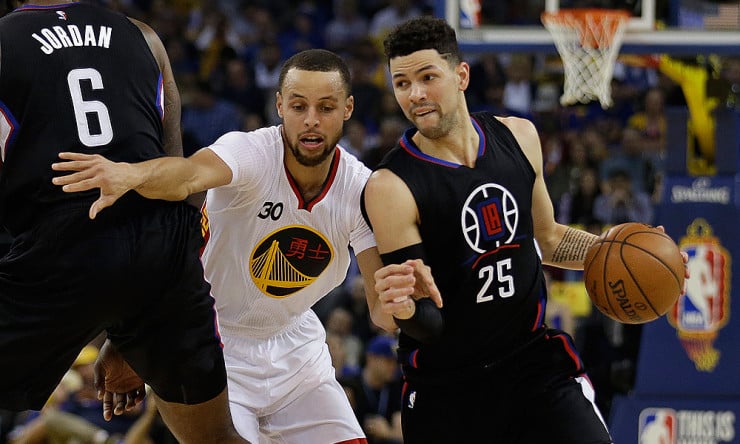 Timberwolves veteran Austin Rivers considers that the real reason why Golden State’s star Steph Curry is so hard to defend is beyond his incredible talent, as he believes it’s also because he is deliberately favored by referees.

When asked on a recent podcast episode on Spotify’s The Ringer NBA Show about who was league’s toughest player to cover, River had no doubt. “Steph”, he said. “It’s not even close”.

“You can’t touch him, they give him every f-ucking call, they set illegal screens for him the entire game…”, Rivers continued. Although he might have a point when it comes to moving screens, since it’s been an issue hard to regulate surrounding the NBA, his comments about Curry getting “every” call have no stats to back that up.

The Minnesota guard went as far as to imply that NBA has some influence on the matter. “They don’t call it because they want to see him shoot”, he remarked. But, who does he mean by “they”? Does the NBA need Curry to shoot and maintain his status as a marketing value, more than a fair athlete? Just this past week the NBAStore.com announced the Warrior’s guard as the player who’s sold most jerseys in this campaign so far.

Here you can listen to the entire extract of what Rivers had to say about Curry’s game:

Even so, it wasn’t all just dissing around, the Timberwolves player did show much admiration for Stephen Curry throughout the podcast session. There’s no way denying it for Rivers, as he’s seen the Warriors star beat him 22 times out of 26 clashes together, averaging 29/6/5 on 51/45/94 shooting splits in those matchups. Curry’s 29 points per game in those series against Rivers have come on just six free throw attempts per game.

Just last season, Curry dribbled past the Minnesota man as if he wasn’t even there, only to score another three-pointer, as seen in the YouTube link below:

In spite of what an incredible athlete Steph is, free throws were an interesting topic to attend to after River’s remarks. Did you know that Curry’s free throw rate ranks last amongst all players in NBA history to average at least 24+ points per game? Golden State’s star only averages a 24.3%, as in comparison to James Harden’s career free throw rate is at 52.1%. This stat might indicate why Steph’s style of play usually avoids contact and constantly pursues shots from beyond the arc.

While it may not be fair by 30-year-old Rivers to single Curry out, as if he was the only offensive player in the league to be benefited by refs, we can’t deny the league has certainly altered the rules in recent years in order to make things easier for attacking plays.

During the shooting motion and follow-through, players like Curry simply cannot be touched at any point or else a foul will be called by the referee. We can already tell this is changing the game, as many offensive players are wise enough to find the way to use this at their advantages and gain more chances to shot from the foul line.