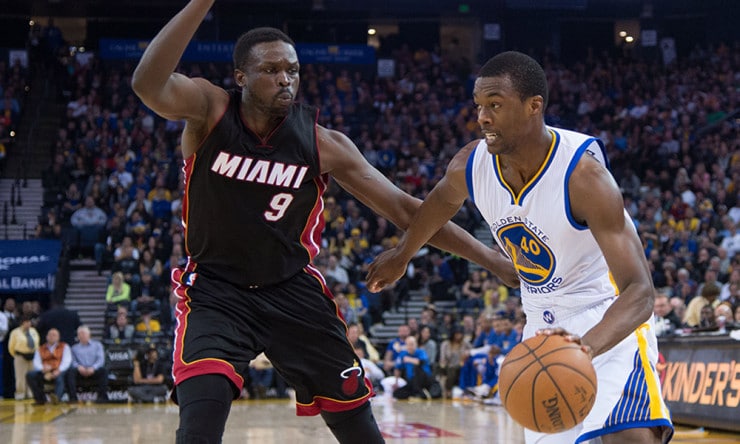 Already, the 2015-16 NBA season has been full of surprises. Many people believed the New Orleans Pelicans and Washington Wizards were ready to take the next step forward, but thus far, each team has shown evidence of serious regression.

The Houston Rockets were thought to have an opportunity to compete for the Western Conference crown, but instead, on December 6, they will enter play merely one game ahead of the Portland Trail Blazers—a team that not even Damian Lillard’s mother thought had a chance of qualifying for the playoffs out West.

The Southwest division was by far the most competitive division in the NBA during the 2014-2015 season as all five teams (Houston Rockets, Memphis Grizzlies, San Antonio Spurs, Dallas Mavericks, New Orleans Pelicans) qualified for the playoffs. Coming into this season much of the same was expected out of the Southwest division as every team looked like they improved their roster or kept it relatively the same, except for Dallas, who lost out on free agent DeAndre Jordan. Well, things have not gone as expected for the Southwest division this year as the Pelicans find themselves at 4-15, the Rockets are two games below .500, and even Memphis got off to a slow start as they find themselves at 11-9 thus far.

Let’s take a look at these teams and see how they rank through the first quarter of the season.

Markieff Morris on the Move?

Markieff Morris made headlines over the offseason when he publicly demanded a trade from the Phoenix Suns and insisted that he wouldn’t play for the team during the 2015-16 season.

Morris was upset that the Suns had traded his twin brother, Marcus, to the Detroit Pistons during the summer. The Morris twins had each just signed an extension to remain with Phoenix, but the agreement was very unique. Rather than signing the two players separately, the Suns allotted $52 million to re-signing the twins and allowed the brothers to decide how they’d split the money. At the end of the day, Markieff ended up with a four-year deal worth $32 million and Marcus received a four-year deal worth $20 million.

A quarter of the way through the NBA season and three Central Division teams – Cleveland, Chicago and Indiana – are among the top four teams in the Eastern Conference. Not to mention, Detroit has played well early on too, and Milwaukee also are more talented than their record indicates thus far.

Today we wrap up our series on ranking the divisions at the quarter-point of the season by taking a look at those Central Division teams that have generally been so impressive:

Things are Turning Around for the Memphis Grizzlies

One of the most surprising teams of this young season has been the Memphis Grizzlies. Unfortunately for the Grizzlies, their start to the season wasn’t exactly what they had in mind. After all, this was a team that felt extremely confident that they could make a run with their existing roster, opting to keep it intact over the summer, rather than making wholesale changes.

Their biggest move of the summer was locking in center Marc Gasol for an additional five seasons. They also made a couple of smaller moves by adding Matt Barnes and Brandan Wright. Given how strong the team chemistry has been in the past, it was a bit concerning to see how they began the year after initially being projected as a contender in the Western Conference.

Change Of Direction For The 76ers?

Yesterday, the Philadelphia 76ers named former Phoenix Suns majority owner and current USA Basketball chairman Jerry Colangelo to the post of Chairman of Basketball Operations. His role will also include being an adviser to 76ers majority owner Josh Harris.

As the dust on this move settles, there are few things worth talking about.

This move likely isn’t going to change much in the short-term, as current General Manager Sam Hinkie will continue to run the day-to-day operations of the team. However, in the long-term, league sources believe that Colangelo will be putting not only his stamp on the team, but also will be very active in recruiting and shaping the team’s roster going forward beyond this season.

Thaddeus Young In It for Long Haul

Three years into his NBA career, Thaddeus Young began to notice a change. In what felt like a sudden shift, players he was used to seeing around the NBA were no longer around. They weren’t retired or even toward the end of their career; they were out of the league seemingly just as soon as they had arrived. It was an awakening to the reality of how fast a player’s NBA career can end.

Young entered the NBA in 2007 as the 12th overall pick selected by the Philadelphia 76ers. Early on, he attended meetings on how to prepare for life in the league, which included data on the average lifespan of a player. At the time, he learned it was just over four years – a figure he still recalls in his ninth season.

From 2012 to 2014, the Indiana Pacers emerged as an annual playoff thorn in the side of the Miami HEAT in that franchise’s quest to reach the NBA Finals. Those Pacers amassed an impressive 147-82 (.641) record and two trips to the Eastern Conference Finals before finishing the 2014-15 campaign a woeful 38-44 and missing the playoffs.

Last season’s demise was expected as former All-Star forward Paul George missed all but six games after suffering a gruesome leg injury while participating with Team USA the previous summer.

Evaluating the day-in, day-out job of an NBA coach from a media perch will always be a supremely incomplete exercise. There’s just a ton of stuff that goes on within the confines of a given coach’s responsibilities that we’ll never see or hear about, and often some of the details herein are the biggest differentiators between what makes a good coach and a bad one.

There are bits of visible minutiae that allow us to judge a partial picture, though. Some of these are related to things like player development, in-game rotations, offensive and defensive schemes, and other elements – though even in these areas, player execution and other confounding factors will still always be at play. Over the years, though, one area that’s become a fun way to examine one distinct skill in a given coach’s arsenal has been looking at his team’s success on plays where coaches can have some of the largest tangible impact: out-of-bounds sets, particularly following timeouts and even more particularly in high-leverage situations.

How the NBA’s Top Shooters Do Their Damage

The three-point shot has become a centerpiece of basketball. Even though shooters typically aren’t as tall, strong or athletic as their peers, they can make just as much (or even more) of an impact on a game, particularly in today’s NBA.

The three-point shot stretches the defense, creating driving lanes for guards, and in recent years we’ve seen a new era of the stretch-four. These days (with a few exceptions) teams want a power forward who can shoot from mid-to-long range. The three-point line can swing games as a player can get hot and knock down several in a row, shifting momentum. That arc can help eliminate deficits in a matter of minutes, making games closer and more exciting. It’s also exhilarating to watch the automatic and effortless accuracy of these sharpshooters.

The Los Angeles Lakers are one of a handful of NBA teams that have a core of young and promising talent. The other teams on the list are the Utah Jazz, Minnesota Timberwolves, Philadelphia 76ers, Orlando Magic, Portland Trail Blazers and Milwaukee Bucks. Reasonable people can debate which teams have the best young core, but with D’Angelo Russell, Jordan Clarkson, Julius Randle and Larry Nance Jr., Lakers fans have plenty of reasons to be excited about the team’s future.

Despite having a young foundation to build on moving forward, the Lakers’ season, up to this point, has been frustrating and discouraging for Lakers fans – much more so than for fans of the teams listed above. Of course, for a proud franchise like the Lakers, posting a 3-20 record will have that effect. But the disappointment surrounding the franchise’s worst start to a season isn’t at the core of fans’ frustration. Rather, the root of the frustration stems from the Lakers’ front office and its head coach Byron Scott.