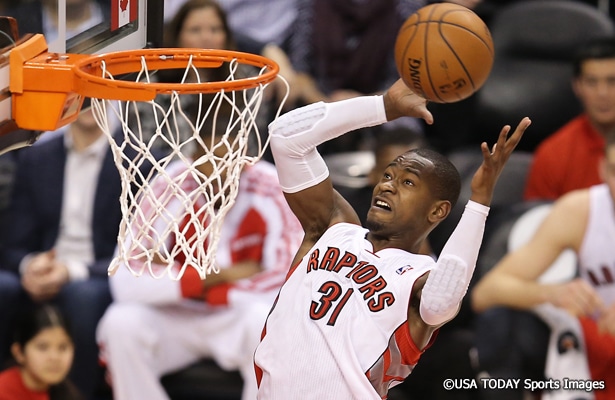 Five Things to Watch in East

For much of the 2013-14 NBA campaign, the Eastern Conference has served as little more than comic relief for the Western Conference. A date with any East team other than the Indiana Pacers and the Miami HEAT has basically been a chance to rest starters and get ready for the next West opponent. However, as the stretch run approaches, the East has seen some storylines develop that should prove interesting as the run-up to the playoffs ensues.

The Path to the Top Pick

While two-thirds of the league’s teams battle for playoff positioning now that there’s only a quarter of a season left on the schedule, the remaining handful of teams are doing battle for a different kind of postseason success: winning the draft lottery.

Obviously the teams with the worst records end up with the most ping pong balls, but with so many teams tanking away, who will get those ping pong balls? Here’s a look at the worst teams’ remaining schedules, particularly as they relate to May’s lottery:

At 32 years of age, Miami HEAT guard Dwyane Wade is likely going to get his last big money contract this offseason – assuming that he exercises his early termination option to become an unrestricted free agent. Miami is the only organization he knows; they drafted him in 2003 and since then he’s helped guide them to three championships and counting. He has close relationships with head coach Erik Spoelstra and team president Pat Riley, who will head up negotiations, making it very unlikely that he goes anywhere this summer.

Australian NBA prospect Dante Exum has already caused a great deal of debate among analysts and fans, and he hasn’t even set foot on the court for a pre-draft workout yet. Just as there are plenty of believers in the somewhat limited (but highly impressive) footage and statistics we have available on Exum, there are many who believe we need to see the 18-year-old phenom against stronger competition before determining whether he is worthy of a top five pick in the upcoming 2014 NBA Draft.

Highly regarded former college basketball coach and current ESPN analyst Fran Fraschilla is one of the few who has seen Exum play against stronger competition on more than one occasion. Fraschilla offered his views on the 6’6 guard during a recent interview with 710 ESPNLA’s John Ireland.

“He reminds me of a young, 1982 circa North Carolina Michael Jordan,” Fraschilla said of Exum. “He’s not going to be as great, obviously, unless I’m wrong… but he kind of reminds you of a young colt that’s just about to run his first claimer race, and you’re looking at him (thinking), ‘This guy could win the Kentucky Derby someday.’”

This season, across the NBA, free agency seemed to come a bit earlier than expected. With the Los Angeles Clippers emerging as the clear midseason winner, it is them and the Oklahoma City Thunder that may have done the most to improve their odds of rising to the top of the Western Conference. Still, it is those pesky San Antonio Spurs that simply know their identity and play basketball their way. And with the returns of Kawhi Leonard and Tony Parker to the lineup, the Spurs are longing to return to the NBA Finals to right last year’s wrong.

But, if Glen Davis and Danny Granger have anything to say about it, they will each suit up for Doc Rivers and alongside Chris Paul to help the Clippers valiantly re-rise to the top of the West.

Houston (Rockets) we (may) have a problem… Or two.

Goran Dragic may look like someone you’d play against at your local YMCA, shrugging his shoulders after making jaw-dropping shots and smiling up and down the court, but don’t let his boyish looks fool you. This season, Dragic has shown that he’s one of the most fearless players in the NBA. He attacks every opponent and refuses to back down from any defense. He may wear a goofy grin on his face, but he’s capable of destroying your favorite team.

The 27-year-old, who just became a full-time starter last year, has quietly emerged as one of the league’s most productive players this season. He’s turning heads with the Phoenix Suns and filling the stat sheet every night. Dragic is currently averaging 20.6 points, 6.2 assists, 3.5 rebounds and 1.3 steals. He’s shooting 51.2 percent from the field and 41.4 percent from three-point range.

Now that the February NBA trade deadline has elapsed, the time for team building shifts to the offseason.

While teams can look to make trades around the June NBA Draft, based on the existing rosters, a number of teams project to have cap room this summer.

The Philadelphia 76ers are in the beginning stages of a projected long term rebuilding project. While the club has secured a solid building block in rookie guard Michael Carter-Williams, the team’s front office still has lots of work to do this offseason.

One of the Sixers’ most attractive assets around the league is forward Thaddeus Young. The seventh year wing is averaging a career-high in points (17.5) and steals (2.2) this season. Approaching the trade deadline last month, Young’s name was prominent in the rumors along with Evan Turner and Spender Hawes.

Hawes and Turner were shipped to Cleveland and Indiana, respectively, at the deadline leaving Young as the as the last man standing from the team’s once promising past.

Paul George Wants to be Mentored by LeBron James

In order for Paul George to be the best, he not only wants to beat the best – he wants to learn from him, too.

They are two of the league’s most talented on the court: the king of the NBA versus the rising star, reigning MVP against future contender. There is no doubt George views LeBron James as fierce competition as they battle for the Eastern Conference. One day, though, he’d also like to call him his mentor.

Fans of the LA Lakers likely won’t agree with the impact a player like Dwight Howard has on a team, mainly because their experience with the 6’10 big man was far from an ideal romance. A shotgun wedding is a more fitting description, one that ended in heart break and venom.

In Houston, however, the story has been very different. Howard, who is healthy for the first time in a while, is again on a team with young players he can relate and connect wit. He is having a solid year professionally, while his team is having success on the court sitting at 42-19 on the season and just four games out of the top spot in the West with 21 games remaining on the season.

Howard’s impact on the Rockets would seem fairly obvious, but when you talk to players that were on the Rockets’ team last year about what’s changed so much in just one season they all seem to answer the question the same way – “Dwight”.

The Top 10 Players in the NBA

The explosion in NBA media over the past 15 years has certainly been a good thing (when something results in me having a job, I tend to like it). The increased coverage and analysis has largely led to more NBA fans becoming much more informed, but has its downsides as well. One of these is the need to react nearly instantly to any good performance. This year, analysts and fans have repeatedly broken out their jump to conclusions mats to proclaim a great upheaval in the hierarchy of NBA players based on a good month of games.

Whether it’s Kevin Durant sewing up the MVP in January or Paul George as an MVP candidate in November, these judgments have largely proved to be premature. This trend has reached its zenith in the last week as Joakim Noah has been anointed a top-five MVP candidate.

I am from Chicago and love Noah’s game, but I do not think he is even a top-10 player, much less top-five. I decried this development on Twitter, and in response was asked who I would rank above him in the top 10.